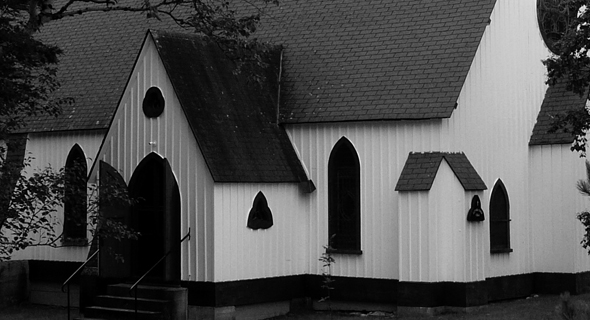 It started to dawn on me around hour six of waiting that I might not make it through this. A temperature of 38 degrees and liver pain was enough to get me to the hospital, but not enough to get me seen with any measure of speed. I did not feel that I was going to die immediately; I had been living with this pain for almost a month now, and I was starting to forget what life was like when I was healthy. I thought of the bucket list I had jokingly compiled just after New Years’, and wondered if they would still let me skydive while doubled over in pain. This dramatic turn in my thinking was mostly due to the illness, and the boredom of spending six hours in a waiting room.

Yet, the mystery I presented to doctors was beginning to unnerve me. Doctors had appeared at the door during my previous hospital visits, and poked and prodded me in all manner of places and taken what felt like several pints of blood. They listened to my heart, my lungs, asked about my bowels, took ultrasound and x-ray pictures. Yet even with these detailed maps, they still could not find the source of pain, which had established a beachhead in some organ midway up the right side of my torso and was content to fight a guerilla campaign against my immune system. So here I am again, occasionally thrashing, but mostly just trying to keep comfortable in the waiting room chairs, while keeping my writhing to a low as it may unnerve the other people in the waiting room.

And what a motley menagerie I seemed to be a part of; what company I had to share this late night in the emergency room with. Moving clockwise from the wall that I was slumped against were new parents with their infant daughter. I had assumed that they had come because of their baby, who was sleeping soundly, yet they tragically had seated themselves underneath a television showing a program about custody battles. While they seemed oblivious to the television, it loomed over the couple and their newborn daughter. The next group was a rather healthy looking man who was accompanied by his girlfriend, and his mother. The only reason I knew he was sick was that after long periods of silence one of them would ask how he was feeling, to which he would always answer “It’s okay, I’m fine”.

Sitting behind them were my favourite pair: and elderly gentleman and his wife. They both sat upright and rarely ever fidgeted or fussed; occasionally, the woman would reach over and squeeze her husband’s hand reassuringly. Whatever illness they were facing they did it together, and even if their prospects were grim, I knew they would face their final moments with poise. Finally, sitting across from me, was a man accompanied by his wife who had brought his elderly mother in. The poor woman did not appear to be very sick, but she was senile; every now and again, she would look around dazed and her son would ask her if she knew where she was. The resemblance between the two was striking, and though they had been here longer than I had, he never left her side.

It was like an airport terminal, except we were all going to the same place, and while the machines were exotic, it was doubtful that anyone wanted to be there at all. Crueler even was the triage process, which had given each of us a grade that reflected our level of illness. Although waiting was a labour, the destination was no better, and a quick trip often meant you were the sickest of the bunch; a bad time to be the top of the class.

The nurse came out and called for myself and the senile woman, and as I sat in a room it had taken me six hours to get to. I wondered where I would be in another six.