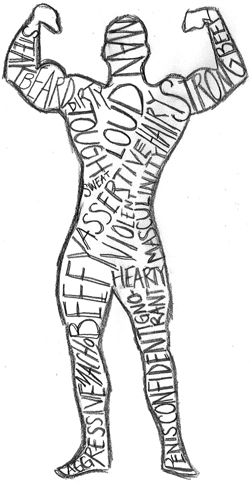 A couple, man and woman, walked along the highway in the early hours of a new day.

They walked hand in hand, awed by the glaring absence of traffic or any car to speak of.

When dawn arrived they were met by the first commuter, still tired from a restless night, pulling off the road and onto the median they inhabit.

The man, performing what he thought to be the expected noble act of a brave knight rescuing the damsel in distress, moved to push the woman away from the car.

The woman, defying what she thought to be the expected helpless act of a damsel in distress rescued by a brave knight, moved to push the man away from the car.

The couple, man and woman, pushed against each other and remained stationary while the car drove forward and overtook them.