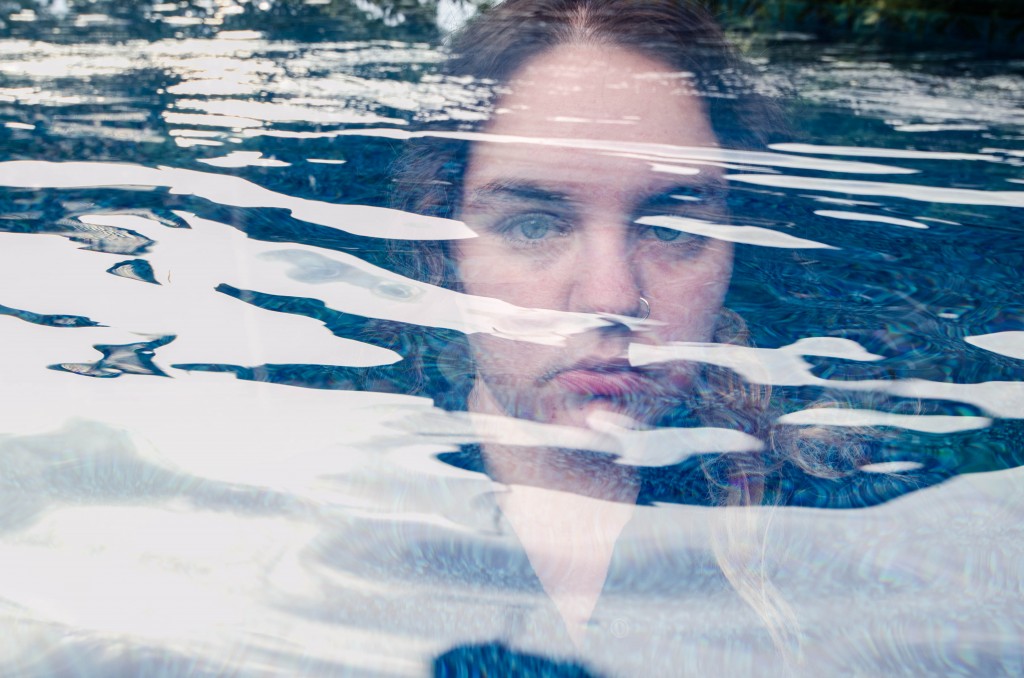 Cut away the seams, we don’t need them anymore. Your hair – too long and in your eyes – it makes you look stupid and shy. It will look better on the cold tiles of the bathroom floor. You have lost the puppy fat. This is good. Your rough elbows and ribs are free to rise from thin skin. They will think that you are breakable. But we know. We know how hard your fists can hit, the way your skull can crack against things and not break in two.

The bag is packed. The door is unlocked. No letters because you are not like that. Not sentimental. A letter means thought, it means caring, it means I’m coming back. Which you are not. No car, just your two feet to the bus stop. You could go by his house. Bad idea. He knew of your plan but thought it just another of your childish endeavours like faking a stomach ache or cheating on a test. Condescending, that’s what we said when you first saw him. You didn’t listen. You think of him tonight, maybe asleep, maybe at his desk reading, orange porch-light coming through the open blinds. Don’t think. It’s time to go.

“How long can you hold your breath?” he asked.

You are meant to be watching Mary as she flails around in the shallow end with the other kids. Instead you sink deeper into the water. You feel his hands press on the top of your head, keeping you in place. You do not struggle. He lets you go after a moment or two. Six days later, he kisses you, his pruned fingers grazing your jaw.

A woman gets on the bus at the next stop. She is not used to public transport. Golden hair and a jewellery set. Three bags. She sits beside you, knots her hands and looks the other way. The steady run of the wheels lulls her to sleep. You dip your hand gently into her leather bag. You take her purse. She is still asleep.

You move beyond the kiddie pool (Mary can look after herself) and the no-running signs to the river. You cut your knee jumping over the fence. When you were younger you were told not to go to the river with its scum water and the moored traffic cones. A current could take a fancy to you and drag you all the way to sea. But not with him. He tells you about the Pacific. The fog and tiny crabs on the beach and the bleached light that stuns your eyes as if you’ve just walked out of the dark of a theatre.

Three days and you already miss home. Not home but its embellishments-heating, your bed, the background noise of the television. We didn’t think you’d be this weak. But you are nearly at the sea. You are running out of money and worrying about where you will sleep when you have to leave the grimy limbo of the bus. Don’t think of the particulars, think of the sea. You have only known the mountains which are like the arms of a parent, keeping you in. Don’t go too far now. Think of the sea. Of the water rushing over you and your eyes shut. Of not being able to see beyond the black. The salt water stinging your skin. There would be a pressure in your brain and lungs as if somebody has just placed their hands on the top of your head. Your bones like driftwood. How long can you hold your breath?