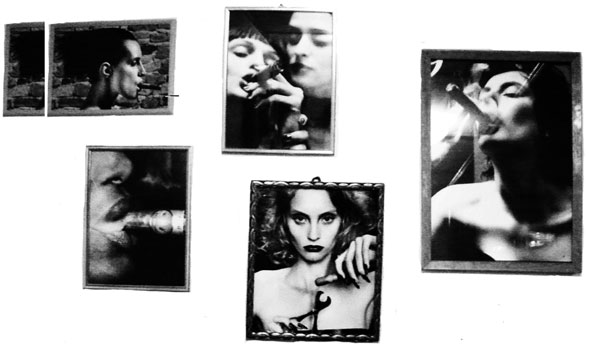 She looked haggard and tired, like she’d lived a hard life. A veteran and hero of the great war that had been her life. She would have gotten a Purple Heart. She sauntered, defiant and proud in her old age, to the front of a classroom, leaning heavily on her crutches, where she would deliver the same speech as she did every time a teacher asked her to introduce students to the marvels of her library. She stood behind her podium, waiting for everyone to get back into class and resume their seats. Mr. Henderson stepped in behind her; she smiled and tried to make small talk. He searched through his things and responded coldly, dismissing her. The hot sting of douchebaggery quickly swept the smile off her face. She was reminded instantly of a sad loneliness that had once been all too common to her.

She smelled of boiled cabbages, which made everyone around her slightly ill. Few people were ever rude to her but her absence was always somewhat of a relief. The efforts of pretending to like her and of ignoring the inevitable nausea that came with her presence were exhausting. She knew nothing other than idol kindness, civility, and tolerance. Yes, people were kind to her, but no one ever called her or came to her door, which she wanted more than anything in the world. Existing socially was taxing. She was constantly swimming against a current of distaste. Her relations were tense; those around her thought they were wasting their time being with her, like there was some other important business she was keeping them from.

One rainy day, many years before, during the darkest days of her war, she reached her wits end. She ached from the efforts of her life and she was dead tired. She longed deeply for rest, when suddenly her phone rang and broke her stupor. It was her father. He spoke excitedly about a baseball game and the tickets to it, which he held between his fingers. She smiled and dropped everything. Baseball was the great tie that bound them. Their shared passions for the game had built a bond between them years before, one which had only become stronger with time. She had since then been fond of his ability to live above the troubles and dramas of everyday life, a trait she had never known before. His ignorant bliss was impressive to her, it was soothing.

The fact of the matter, as her mother explained to her when they returned to the old home and the two had a moment alone, was that her father had always been a dark and sullen man. He had lost many loved ones in his time, and had led a difficult life. When his first and only daughter had been born with a birth defect, he was inconsolable. It was only once the two of them had found their common passion that the old man had changed into the man she knew. She turned around and saw her father, who had been standing in the room long enough to hear the part of his life story he was ashamed of. All he heard was how he had been disappointed to have a crippled child. His daughter, however, looked at him a moment, tears welling in her eyes, and leaped into his arms and wept happily into his chest. His arms wrapped themselves around her as tears silently drew lines on his face and a great smile met his lips. She credited him with everything; it was all due to him.