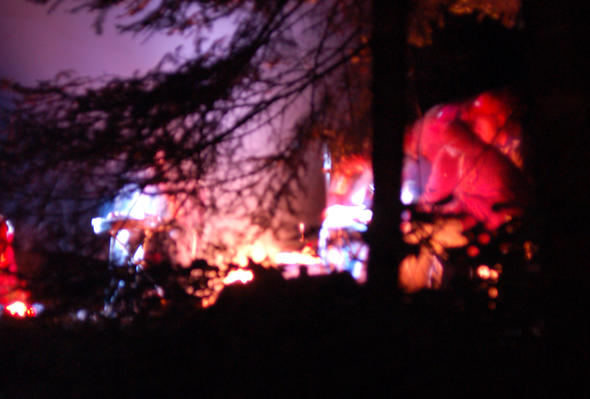 Through laughter we attempt the disarmament of another person, bringing a casual air to the conversation, and breaking down the threat of something new and unfamiliar. But laughter can also be the destruction of a new idea. They laughed. At anyone who suggested a world outside (or inside) our perception of the existing, that which we have convinced ourselves is truth and knowledge, fact and reality, and therefore unquestionable. They laughed. When the unquestionable was questioned. They laughed.

But who among them laughed at the Marquis de Sade? A man who threatened the world with brave new idea regarding gender and sexuality. They didn’t laugh.

No laughing in the Bastille.

Here is a discussion between a student and her three friends, boys by their own confession.

The girl, a known writer, has only shared her work with one of the boys, her most trusted friend (and sometimes lover). Last night, they stayed at his apartment shared a bottle of wine, and shared more before the end of the night. Notably, she presented him with her latest work, a smutty piece about a man who is punished for writing too ambitiously about sex, like many of the writers she admires. He neglected to read it before inviting her to stay the night.

In the bedroom, the bed was stripped. From the closet he retrieved the blankets, sheets, and pillows. “There aren’t many boys who change their sheets as often as I do,” he said, with a tone of something she interpreted as promiscuity. Immediately, she regretted sharing her most intimate written piece with a man, a boy, who seldom shared his true self with her. Somehow, she knew he would betray her trust.

It didn’t take him long.

At a casual gathering, mutual friends in attendance, he crossed her, bringing everyone’s attention to the folds of paper held in both hands. “Something she wrote,” he said. She decided to endure it, in silence, if possible, like so many late night love sessions she had been too tired for.

From the first page: “There are few men who are eager to taste their own meat, but luckily, this young man was of a peculiar sexual deviation from which he derived a profound sexual fulfillment from the aforementioned punishment, being the castration, cooking and consumption of said meat. First, having only interacted with women in accordance to the social norm, the young man had denied his fascination with the male sex. He longed to taste the genitals of a man, even if those genitals were his own, cooked and garnished. Second, the act of cannibalism provided strong appeal for its obvious taboo…”

The boy and his friends were consumed by laughter, identical in their emptiness. It was the same laughter that has existed for years, long before the earliest historic records, and will continue to exist as long as ignorance prevails.

“Why are you laughing?” she shouted. “You talk about sex all the time. You speak freely, jokingly, but never seriously.”

“Because I have dared to write something, however vulgar, that attempts to express the depth of longing in my soul that, unspoken, grows sick. It was Oscar Wilde who said that we must yield to our temptations. Unfortunately, he was imprisoned, and there was a time when I too would have been imprisoned for these words. ‘The love that dare not speak its name.’ That line belongs to Lord Alfred Douglas. They say he was referring to homosexuality, but I think he was referring to a great many things for a great many people.”

At her mention of the word ‘homosexuality’, one of the friends laughed without trying to conceal it. The others managed to conceal it, though she was already aware of their juvenility.

“Like children,” she continued, “you laugh at these words, not understanding them, but understanding them to be dirty. And, being forbidden, these words aren’t to be heard or spoken, from which you derive the cheapest pleasure, breaking the rules of a sexually repressed society. And it is a repressed society that favours graphic violence over sexual enlightenment. Because of this common mistake, people are still under the impression that these words are corrupt and unwholesome, but it is this attitude that has corrupted these words, not their meaning. True, I have used these words in the context of a smutty story, but my transgressions are far surpassed by yours, the true obscenity. You have taken my words and perverted them. Your crime is the root of all censorship. For that, I condemn you.”

She didn’t stay and wait for them to answer, just stood up and left. Occasionally, she saw the boy, who had once been her most trusted friend and sometimes lover, but chose never again to speak to him.

And he, who had shared her work with their friends, was forced to question his motives. Did he expect them to laugh? And why had he laughed? Who was more defensive, the girl with her protest or the boys with their dismissal? And what were they defending? Who knew more about sex, the girl with her serious thoughts and opinions, or the boys with their laughter? And why had they laughed? Why had they laughed?

You may laugh to enjoy something, to show love or appreciation, but never laugh to dismiss it. Such a misuse of laughter is a crime of the gravest nature, a perversion of the worst affect, an act of true ignorance that does not deserve to be forgiven.

For that, I condemn you.