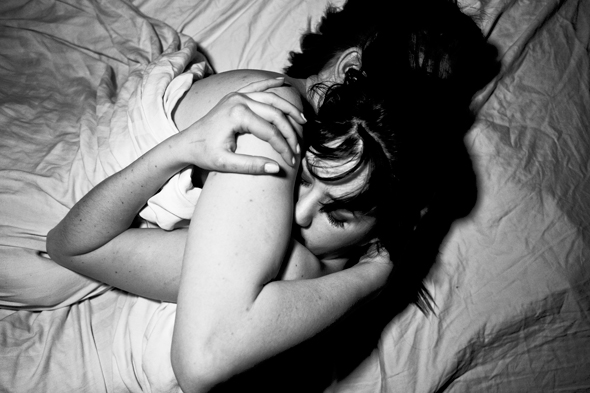 I am female, but I don’t feel female. People expect me to be and act a certain way because most other girls act that way too. I feel like straddling the line sometimes. I feel like walking genderless. I am not sure whether it is harder to be stifled within the realm of femininity or the realm of masculinity; only that each carries the threat of taking root within us, without hope of ever breaking through the surface.

So much of gender is dependent on age; that within certain brackets of arbitrary numbers, I am compelled towards characteristics that I may dismiss or admit depending on how young I am, how dumb I’m allowed to be, and how little it all seems to matter. It is a strange and unrelenting double standard, where the complete stagnation of a gendered life is contrasted with one of total immersion; where both the Madonna and the Whore cannot fit into a highly regularized sexual society. In high school when my friends went to prom, and accumulated boyfriends and started gaining ‘experience’ (a term I use loosely) and all matters of lust, betrayal, herpes, UTI’s, and DUI’s, they called it being ‘too intelligent’. When I was told I was ‘too picky’, I know what they are really saying.

Gender, and all of its diminishing capacities, has become a trap. I have seen the descent and stared into the fever-dream eyes of friends, who were once capable of making me laugh or exalt. They now seem only to whisper, “I’ll change who I am for him, if only he’ll take me back” and can only return from the void to ask questions that revolve dizzily around female orifices and the unending instant-gratification. It is with unending regurgitation that who I am is intertwined with the people I meet and kiss and fuck.

But more importantly, those people are not me. There is some part of me that belongs only, and will only belong, to me. That part is the one I’m interested in discovering in my youth, in getting to know.

I want to wade through all the bullshit. Through asphyxiation by perfume; through lids, lips, lashes layered in concupiscent colors. I want to outlaw all the magazines that exist solely on the basis that we are all individual but inevitably the same, abolish the fluttering and nervous glances that crawl across classrooms, and enter through doors that exist in spaces entirely unparallel and with no discernable exits.

I want to neuter these impulses. I am not immune to feelings like lust and habits, vanity and superficiality, but we are made vulnerable by them because gender (and consequently, sexuality) is so intrinsically linked to feelings of self worth. I hate that I am forced to surrender to the inevitability of these emotions which control me no matter how much authority I admit they have. I hate that they are connected to other emotions, to feelings of love, and feelings of joy, so that I cannot sever it entirely from me as one cannot sever an artery.

At times I feel I cannot live with it. Every day it reminds me of what I’m here for and what I no longer understand – it isolates me. It bleeds, but I do not. It lets things, people, inside – but I do not. I have to live with it and let myself be defined by it, even though there’s nothing else I feel less defined by.

I live in this world where nothing matters more except the flesh between our thighs, flesh that hangs like strips or flesh that concaves.

But I refuse to be defined by these things that suffocate me, exclude me, and interrupt me.