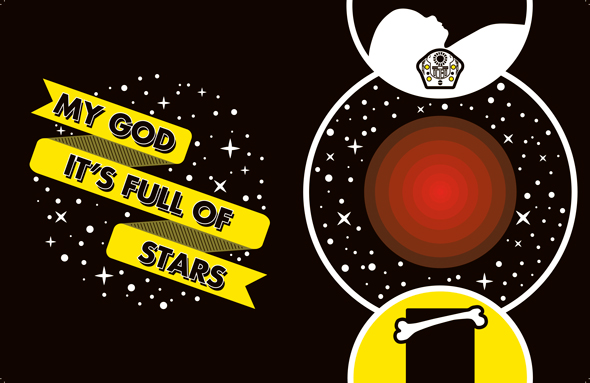 My ideas are often coloured by my English & Film Studies education. I don’t know what the future will be like, but I do know what some people in the past thought it would be like. These covers represent imagery from the film and words from the novel 2001: A Space Odyssey. The real 2001 was nothing like the 2001 Stanley Kubrick and Arthur C. Clarke imagined, but their ideas are still the first things that come to mind when I hear the word “future.”