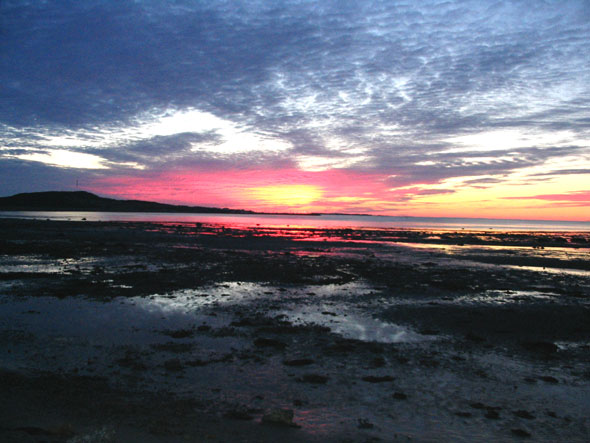 [On location in Shenzen]

“We’ve all been asked ‘So, what’s new?’ many times in our lives, but it’s almost never that you get to answer, ‘I am going to China.’ I am more likely to respond, ‘Frig all. It’s not like I’m going to China or anything.’” These sentiments of Canadian humourist Dave Bidini are quite in line with the way I felt before embarking on a year abroad to teach English.

Now, after living in China for over a month, I am starting to forget what it is like to walk to the market and not be stared at unabashedly, or to anticipate disaster when a man in his 40s cheats death as he turns on his bicycle loaded with a hundred pounds of something-or-other in order to catch a glimpse of the white girl hailing a cab on Hong Li Street in Shenzhen, China.

As I stop to consider this, I realize that I’m also forgetting (or at least ignoring) generally accepted Canadian rules of courtesy while in public. Most notably, rules of the street. ‘Pedestrians have the right of way,’ is thrown out the window in a society with so many people fighting to get through narrow streets, especially in the richest city in China, as bicycles make way for Beemers.

Personal censorship is notably different when immersed in a culture where one can assume that the person next to them in the elevator or crossing paths with them in the street does not speak English. This allows foreigners to be less concerned with being overheard if vocalizing a thought that might be considered rude. For example, I am more willing and able to say out loud: “Now, that’s just uncalled for,” if I witness someone spitting (read: hacking up a lung); if I am ambushed by people who can’t wait for me to get off of the elevator before they enter it themselves; or if I am hit by a car as I keep forgetting that pedestrians have no choice but to take their lives in their own hands when crossing anywhere on a road—be it a crosswalk, and yes, even the sidewalk.

This act of blatantly speaking in front of those you assume to be ignorant of your foreign vocabulary goes both ways, and does not always prove to be fail safe. Those who have lived here for long enough to learn how to say more than ‘hello’ and ‘thank you’ (I really need to start reading my Lonely Planet dictionary more) have gained insight that has exposed some unique cultural outlooks. Foreigners are often strategically demonized much like the boogey man or E.T. (come on, he was scary!): one woman threatened her child while riding an elevator with a group of Canadians by saying “Be good or I’ll get the fat American to eat you.” Heaven help you if you’re African American and choose to live within an almost completely homogenous Chinese world—the Chinese are not afraid to call a black man a ‘spirit’ to his face (as long as they’re pretty sure he doesn’t understand, which if he has the conviction to live in China, chances are good that he has taken the time to learn!)

As for me, I’m glad to have the experience of living in this complex country on the other side of the world—good or bad, it’s an experience that I’ll not soon forget.