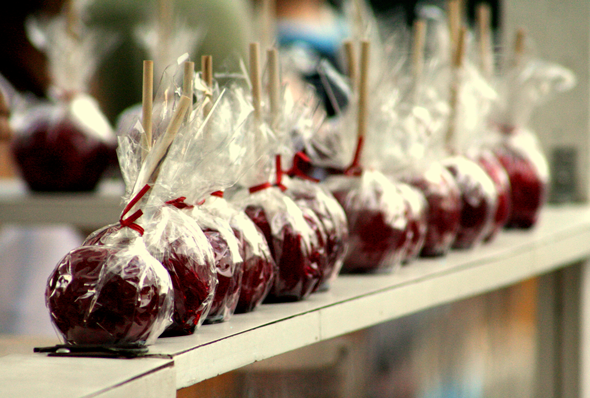 I’ve been called a foodie many times, which at times makes me concerned. Yes, I love to cook. I love to share recipes. I head the Culinary Arts Club on campus. I indulge more then a skinny little Asian girl should. Nonetheless, the amateur foodie is a misunderstood title. The usual suspect is someone who loves food, but everyone loves food! It takes more than just a love for food to be a foodie: it takes a relentless passion.

A foodie is someone who is glutton for flavor, someone who is diseased with a perverse fixation for the culinary arts. Perverse not in the Freudian sense, of food giving the same affect as a sexual fixation would, but instead in a nerdy mad scientist sense where my apron is my lab coat and my meal is my Frankenstein. My fascination with food has been something I’ve explored all my life. From the nostalgia of my mother’s cooking, my own struggles with eating, my own developed skill set to learning how to use my knowledge to win over my partner. Food is a journey and it is meaningful to who we are as people. This is the main reason I am fixated, it is a mode from which I can connect with and explore people.

The culinary arts, like any art, are more than just the denoted object, food. It is a representation of what we eat, how we eat it, how we prepare it, how we perceive the things we don’t eat, et cetera. In essence, the culinary arts act as a vehicle to a socio-cultural economy surrounding intake behaviour vital to our core beings – our survival and quality of life. Gastronomy is the study form which we may analyze the particulars of culinary capital and, thereby, expand our rhetoric that is exclusive to the foodie.

Cuisine, as we are enjoying it today, was arguably set in motion with the discovery of fire and the invention of the wheel. Man learned how to cook, preserve food with salt and become more inventive as he became more mobile. Imagine an ape-man jauntily skipping about as he comes across a pretty little berry. What a curious thing this squishy round object is. Well what would any normal man do in a situation of which he is curious to an unknown? Put it in his mouth, of course! From ancient times we ate, and depending on the economic and cultural influences of our environments, we acquired ideology about how to eat. These ideological formations were inherent to the times.

Apicius, for example, was the ultimate glutton of ancient Greece. He lived as a wealthy gourmet during the reign of the Caesars. He lived from the rise of Julius Caesar, into his height that was enviable during Augustus through Tiberius. He spent a great deal of money on fanciful quests for the next exotic ingredient to tantalize his taste buds. His taste was seen as strange, but his vision and methods influenced the upper class to feast at his caliber – his most precious seasoning was pepper. Apicius devised and the Greeks swallowed his strange foresight. He is credited for the idea of feeding figs to geese to fatten their livers, which can explain the origins of foie gras. He was so much a glutton, in fact, he took his own life when his money was in disarray, just so he would not have to endure starvation. Apicious refused to eat medially.

In contrast, Hitler is renowned for his fascist implementation of culinary ideology. He didn’t even support cooking. The German people, and the countries of which Germany hosted, needed to ration and eat peasant dishes over gourmet. Food was seen as a mere necessity, it should be prepared in one pot and focused on nourishment only, not flavor. Beer halls were filled with sausages, potatoes and sauerkraut. Meat for man makes him big and strong! He is noted for claiming that cooked foods caused cancers and his policy introduced a raw food revolution as demonstrated in his statement, “Man is the only creature who reverses the feeding process…through cooking it.” Purification through starvation was an ideal that he, as well as other fascists, understood was necessary to control the mass against concerns of materialism and neo-liberalism.

I am neither these extremes of mad foodies but I do have an ideology I associate with food. It is an ideology I share with the Culinary Arts Club and that is, “food is a journey best savoured amongst friends.” Sure we drink to be drunk, but the consequence is so much better when the cocktail tastes good. Combined with good company, any meal or elixir, is satisfying. So eat and be joyous! And remember, sharing is caring and caring is organic, slow cooked and worth delighting in.