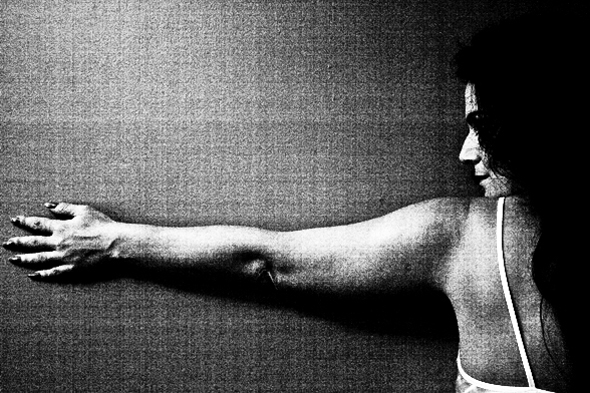 I was an ugly duckling. I was the nerdy girl with a bad haircut in a teen movie. I was, in Don McLean’s words, “a lonely teenage broncin’ buck, with a pink carnation and a pickup truck.” I was all of those things until the day Gavin told me that he thought I was “cute and quiet and that was my appeal.” He told me what no guy had ever told me before. His words struck the centre of my ugly duckling heart and it was as though it split my life; before Gavin said those words and after Gavin said those words.

Gavin hit me like an enigma. I met him in my final year of high school when I transferred to a new school. He was in my philosophy class, his locker was a few up from mine. It all started with a simple “hello.” Gavin made going to philosophy class and getting my textbooks from my locker all that mattered. By the end of the semester, after a whole year of smiles and sighs in the hallways, I did the 2007 thing to do, which was to add him on Facebook. After graduation, I courageously (and yes, also cowardly) Facebook-messaged him and spilled my guts about what I felt about him. He then replied with the aforesaid magic words, adding that he felt the same way about me. To say I was ecstatic is an understatement.

For whatever reason, nothing ever materialized between us. Gavin and I went our separate ways to different universities, but I still thought about him. A lot. The years rolled by and every once in a while Gavin would comment on one of my Facebook statuses or photos and make me feel all warm and fuzzy inside.

One day we started talking online, where we exchanged numbers, and eventually we did end up going for coffee. Gavin invited me over to his house for a party. After the party, we made out for the first time on his porch and, me being me, found it to be all things magical and spectacular. Gavin wanted me to spend the night, but I told him I needed to go home. He told me he would text me the following day. I waited by my phone for a day, a week, months. It is now over half a year down the line and I haven’t heard a thing from him. The enigma that was Gavin left me as quick as it had crashed into by black and white world. Once again, I was the ugly duckling.

One day, about half way through the summer, I logged into trusty old Facebook to find that my beloved Gavin was now officially “in a relationship.” I was devastated. Shattered, really. Crazy as it sounds – for obsessions are crazy things – I had countless sleepless nights wondering what went wrong; what I did or did not do. Even to this day, I catch myself still expecting to find my cellphone vibrating Gavin’s name onto its screen.

Fetishes are dangerous sometimes. I know this for a fact. It was that summer when, after “losing” Gavin, my favourite fetish, I needed to replace it instantly and painfully. I began to cut myself, thinking about Gavin until I felt sad, and then make small cuts on my arms and thighs. There was something about the sight of my own blood, the smell of it, the sound of its drip, that gave me some kind of a sick thrill. I deeply regret that now, and I no longer engage in this kind of self-destructive behaviour.

I still find Gavin seeping into everything. I find him in the songs I listen to, the movies I watch, the hooded figures of my dreams. He was the Mr. Willoughby who made Sense and Sensibility’s heroine, Marianne Dashwood, fall hopelessly in love with him and then one day just abandons her without explanation, leaving her on a path of self-destruction and futile wonderings.

I believe we love what we love because we sometimes feel like it’s all we’ve got. I wonder if we ever truly get over the Willoughbys and Gavins that come ramming into our lives. Sometimes our obsessions leave us gasping for breath late at night. The scars on my arms remind me that our fetishes can be the end of us, but only if we let them.