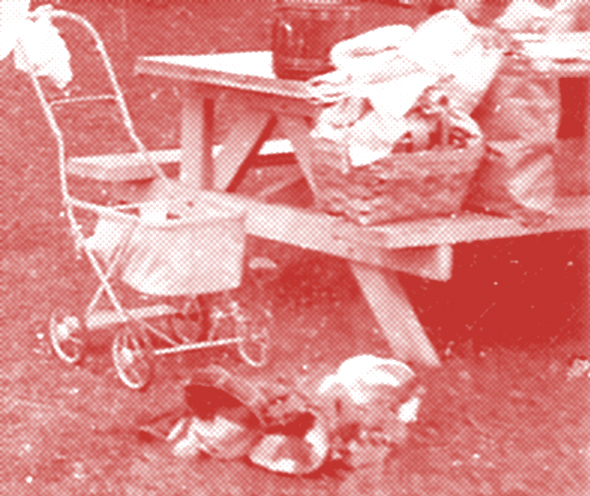 I knew by the age of 13 that I was going to adopt my first child. I was convinced that I would never find a boy to fall in love with, let alone want to reproduce with. Barely one year into high school I already knew my future would be atypical. I’ve always preferred the idea of being someone’s mother rather than someone’s wife. I never really saw myself, ladle in hand, child on one hip, waiting for my husband to come home at the end of the day. I never fantasized about the moment I’d kiss his cheek and we’d both laugh as he raised his hand to wipe lipstick marks from his face.

The idea of being a housewife was something I loathed. The thought made me cringe. It made my ovaries hurt. I began to feel that perhaps I was programmed differently from the other girls in my high school. I found myself tuning out of conversations when the topics were always the same: who accidentally skipped their birth control, who was dating a new guy, who blew who upstairs at some party last weekend. I had no problem feigning interest in these conversations, but the idea that I would have to actively participate and lend my own tale of sexual bravado was almost unbearable. I had nothing to add, no experience to relate. For the longest time I couldn’t decide who was worse, these silly girls, or me.

Somewhere along the line my thoughts turned to having a family; a real type of family with sticky children that had goofy smiles, a beautiful house where the neighbours didn’t bore me, and maybe even a dog or two. This was the vision that kept me smiling and nodding while listening to these ridiculous conversations about why it wasn’t my friend’s fault she had cheated on her boyfriend. I had pictured my future life so vividly for years, but it wasn’t until last year that I realized not once has my vision ever included a husband. For whatever reason, my brain hadn’t believed the idea that there truly could be a man out there for me. The cynical, bitter side of my brain refused to even suggest that as an option. When I brought this up to one of my closest friends she simply told me that she wasn’t surprised the picture of my future doesn’t involve a husband. She casually said that as long as she had known me I had never even considered a husband to be a viable part of the family I wanted.

Admittedly, the idea of filling out paperwork for an adoption, or flicking through different sperm bank submissions makes me extremely nervous. Knowing I’d be doing this all on my own makes the burden that much heavier. However, this is the vision I chose. I don’t want to wait on some fictional man to sweep me off my feet and give me a baby.