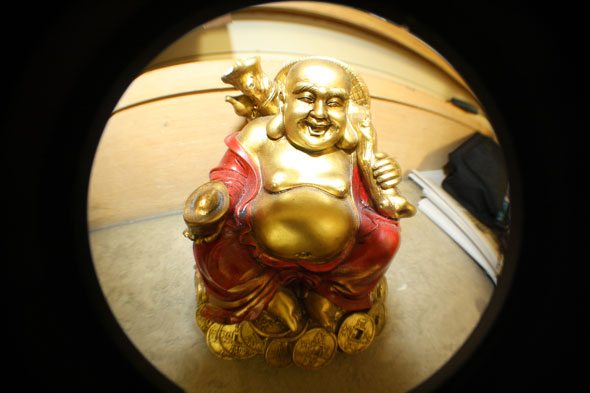 One of the many great and terrible things about growing up is slowly fitting into an identity that will cling to you for the duration of your life. The process goes without saying: we were all young and know what it’s like to wait for the day you wake up and your nose fits your face, you have pectorals to match Michael Phelps, or you’ve spontaneously lost 20 pounds. Miracles like that rarely happen, making the pursuit for a personal persona often difficult. I, unfortunately, never woke up with a bust to rival Scarlett Johansson, but I’ve learned slowly to live with that, as everyone should.

I’ll venture a guess that a great number of my peers, if not all of them, have had to deal with this at some point in their life, and I’d like to make perfectly clear how completely normal and healthy the process is. What I would like to point out is how frustrating that process can be on the ones that have things better figured out. When trying to come to terms with something as quintessential as sexuality, people can, and will, go through periods of ambiguity. To be blunt, those that are straight want to experiment to see if they’re not—and they don’t often realize the detriment they cause other people while doing this.

Speaking as a confident bisexual person, having someone straight of the same sex hit on me for the sake of his or her own development alone can be a really awful experience. It’s bad enough that bisexual or gay people are often hurt in this process when a straight person changes their mind, but it de-legitimizes those with actual attractions to both sexes.

I’m not saying don’t explore your sexuality—that would be counterproductive. The goal of the modern age seems to be to make people feel completely comfortable no matter how deviant or unique they might be and, for the most part, that’s a good thing. What I’m warning against is being the one who makes a fool of themselves and others. Be gay, be straight, be asexual or be aroused by the thought of balloons—it’s all acceptable in some form. Practice safe experimentation; wear a common-sense condom and don’t confuse people.