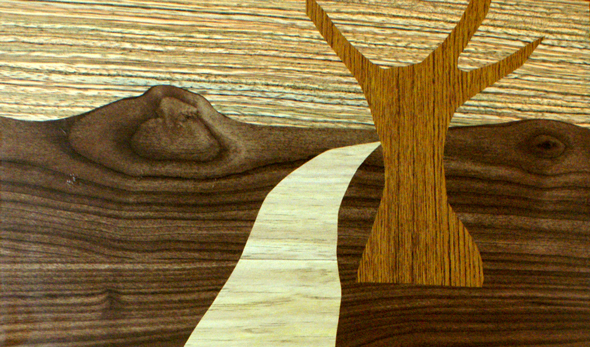 I haven’t decided what I believe. I’d like to think I have all the time I need to figure out how spirituality and I can cohabitate; time to collect all the pros and cons of each religion through a Wikipedia and Google search, and weigh them meticulously until I discover a label that’s right for me. One day, I’ll sit down at my laptop and decipher what I believe – or rather, which religion my beliefs lead me to.

“Well, how do you know you have that time?” asked a friend from Virginia. She looked at me expectantly, like my life would expire then and there, and my soul would probably go to Hell. Good thing she’s not wise to the fact I’m not baptized.

The only word that I can find to describe my relationship with religion would be tumultuous – another reason why I have yet to embark on my Google search, which will undoubtedly need the accompaniment of a few bottles of wine.

What is most ironic is that I have had a great number of run-ins with religion. It is those incidences, much like most individuals, that make me question whether I have a higher purpose; it is also in these instances that my discontent for religion sometimes boils over. Predominantly they are moments or situations that have given me little faith in the organization of religion in general and pushed me towards a sort of pseudo-religion that I create for myself. And isn’t that the best kind?

As a child, church was synonymous with art class. The large church scared the living bejesus out of me, and thankfully the “serious” part of church was just for the grown-ups. My mom took me to the United Church down the street from our house; it would be the first of two separate instances where, for reasons unknown, she thought it necessary that we dress nicely and attend the Sunday ceremony. In the end, my likeness towards religion ended up mirroring my aptitude for art – abysmal.

Outside of the presumed sanctity of the church, I was beginning to realize what religion really meant to the majority of my family, no matter how much my mother protested. My family’s Irish Protestant roots – which weren’t so much about being Protestant as they were about not being Catholic – were hard to ignore as I aged.

My mother’s side of the family was filled with former Irish cops, politicians, and members of the bomb squad during the Troubles in Belfast. It soon became clear that religion was more about whose side you were on, whether you’d been shot at by the Irish Republican Army, and what flag you flew. The polarization of religion only helped to solidify my belief in an inner spirituality that couldn’t be found in an institution.

And then I started to date a Catholic.

“Are you a practicing Catholic?” my grandfather asked, emphasizing the one word that might save my poor high school boyfriend some grief. That I should be dating a Protestant (white, older, doctor, of Scottish descent) was only ever implied. Most aspects of religion seem simply to be forceful suggestions of what you should and shouldn’t do; a variable pick-your-own-adventure novel where in the end you’re likely destined for Hell.

Catholic boy would joke that I wasn’t baptized and would end up in purgatory with all the un-baptized babies. We had fights about abortion, capital punishment and the validity of repentance. I would bring up the millions of dollars the Pope had stolen from his people; how the Catholic figurehead, the closest man to God, had signed off on the slave trade. I began to refer to him as the “Damn Pope”, the nickname my grandmother was most partial to.

And so the Catholic boy didn’t last long. Or maybe he did, who remembers? If I had thought dating someone from the “other side” was a test, the best was yet to come. I had started to speak out against organized religion in earnest, and my big mouth was about to get me into trouble.

“Well, the Bible is all hearsay,” I said matter-of-factly. My statement was met with hardened stares from two American friends, one of whom had a father who used to be a pastor. In an ironic twist of fate that could only have been arranged by a higher power, he was about to become my boyfriend.

The time I had to discover my spirituality and arrange it into a belief system was reaching the eleventh hour. Although ‘abject horror’ aptly describes my initial sentiments towards pulling a Dusty Springfield and being tamed by a ‘Son of a Preacher Man’, I began to find his spirituality frustratingly curious.

Fights about abortion and purgatory turned towards discussions about the meaning of life, followed by steaming debates on gay rights. Despite what I can only describe as extreme, unbending anger towards the religion that has taught my boyfriend to segregate others and rant about the “sanctity of marriage,” I find his unyielding belief in the greater good and higher power oddly refreshing – particularly since my grandfather asserts “this is it, there is nothing after life.”

I’ll take my time deciding where my life fits into religion, but it will never be one that I can describe with a name. If I have a God, he loves everybody, and he’ll wait for me to decide.