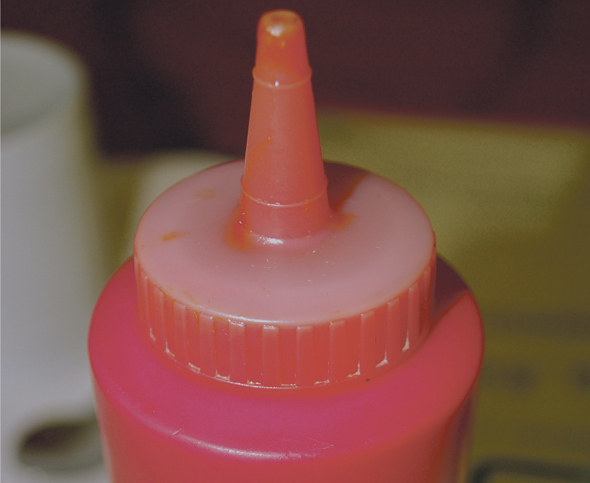 A lot of people come here. They have to. If they didn’t, they might shrivel up like a raisin and decompose into fertilizer. The human kind. Then they could truly aid in the growth of their own fruits and vegetables. But how useful would that be to a pile of dirt? Not very.

I remember before I was a baby, petals and pollen. Malus Domestica: my birth home. My birth form: a rose blossom, you know. How romantic. I was very mature for my age. Not by choice. Those little buzzing creatures, entering the center of my five petaled body, that centre where everything comes to a point of sweet, desirable dust. They can’t resist the temptation. Everything changed after my buzzing lover visited. I started to get fat and swollen. My petals slowly died and my center, my lone ovary, became encompassed by warm flesh. I became a red heart of protective obesity, hanging from my stem. Just hanging there, witnessing every sunrise and sun set, showering in the sky’s tears when she was sad and basking in her warm, golden gaze when she was happy.

I do remember the confusion of feeling the pressure of five fleshy fingers clench me and the horrible sting that came from being forcefully detached from my multi-armed mother. Then it was dark and bumpy for a long, long time. But not lonely. I could hear the moans and yelps of hundreds of my siblings. All of us carefully placed in our own little cardboard cavity. This must have been to ensure we didn’t get into any fights. Picture hundreds of brothers and sisters crammed into a jolting, small, dark space for days. Sibling rivalry is bound to kick in and nobody likes bruises.

Someone just made a window for me. Before I had to peek out between the cracks of my compatriots. Light is unstable here. Always flashing so slightly. So cold.

I am grasped and fondled, bagged and carted. Lifted, weighed, bagged again and carted again. If only my stem wasn’t a dead reminder of where I came from. (My home. Malus Domestica). I wish it were an arm, like people have. Even with only one I might at least have some say in my destiny. Instead I roll around uncontrollably in another one of those dark, bouncy, uncomfortable spaces. It’s kind of fun, rolling around like that. It tickles me all over. But I am a bit worried about where I will end up. I miss the sun and the breeze and the sky’s emotions.

I crash into a wall and remain still. Then, click. And there is light again. But it’s not the same when its beams have to get through a layer of plastic first. I am lifted and carried to another inside space, debagged, and placed in another cavity. It’s colder and harder than the first one. It’s bigger, too and there are other fruits and vegetables, vegging with me in this basin. And so we veg together under the cold, artificial light of domesticity.

Then someone says, “I’m hungry.” Now I am stomach acid…