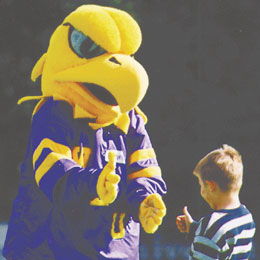 It would be okay in here if it weren’t for the smell, I think. Well, that and the fact that we have next to no functional heating system. I rub my chapped, blue-tinged hands together and stick them doggedly in my armpits, as if in desperate defense against the icy, pervasive fingers of chill as they creep relentlessly through my body. I flex my fingers stiffly, which have become arthritic in the cold, and stretch them toward the smooth ivory keys in front of me. As I try to manipulate the instrument, the odour of something like urine and cat litter assaults my nostrils. Just the carpet, I remind myself. It can’t be helped that there’s no money for renovations. Even though this carpet has had spit valves emptied upon it for countless decades, probably since the school’s foundation. And not to mention that hole in the ceiling that keeps dripping water…

This sad tale is doubtless very familiar to any former student of a public secondary institution. The classroom I have just described in particular bears quite a striking resemblance to my old music room, where I spent much of my high school career. I blame the government of Canada; specifically its biased funding of Catholic versus public school boards.

Enshrined in the Canadian Charter of Rights and Freedoms is the phrase ‘Equal benefit under the law without discrimination.’ The question that now presents itself is this: are all Canada’s students receiving equal benefit of our laws? The answer, unfortunately, is no.

Why, in a country that supposedly recognizes its multiculturalism, do we have an entirely separate system only for Catholics? I do not deny their right to practice their own faith, but what I want to know is why they get special treatment. With our multicultural heritage in mind, why don’t we have school systems for Muslims? Or for Buddhists or Jews, for that matter? It is appalling that one religion gets preferential treatment over others, especially by a government that claims to have long ago rid itself of any religious bias.

More alarming is the state of public schools compared to Catholic schools. Cracked, dirty windows; cracking walls, adorned with spray-painted profanity; crumbling brick; shoddy properties with broken equipment and patchy grass. In contrast, most Catholic schools are well-kept, with proud christened names; tasteful, smooth brick; walls of sparkling clean windows; well-manicured lawns. Why, when all are entitled to ‘equal benefit under the law,’ is one group “more equal,” getting more benefits.

Canada shouldn’t even have a separate school board, let alone one that gets better funding than our sad, dilapidated public schools. When we have so many different faiths in our country, why do we give government funding to only one? Why should Catholicism receive special attention? The United Nations agrees, having rebuked Canada on more than one occasion for this legislature.

Is there something wrong with having all students be part of one all-incorporating public education system? If only one system existed, all allotted education funds could go to it, instead of splitting them (unequally) between two. Why can’t children of this faith be integrated? Perhaps their parents don’t believe that it is as enriching as I do. Of course, this assumes that all children who attend Catholic schools are devout members of this religion. I have met many who are living proof of this fallacy. So much for a proper, pious religious education.

Proper? Pious? Don’t even get me started on the uniforms.