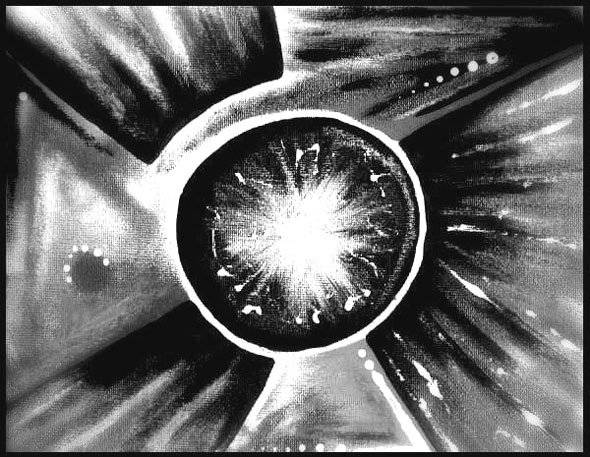 A shadow is a visible shape on a surface caused by the blockage of light. In the language of symbols the shadow is often analogous to evil and the light to good. Is it any wonder then that upon hearing this phrase – The Shadow – most of us will think of darkness or something hidden, invoking curiosity and in some cases even fear? Are shadows really something to be afraid of?

Shadow projection is one of the dangers that may arise if the shadow is repressed extensively. The phenomenon of shadow projection behaves the way it is named. The individual may subconsciously recognize parts of his or her own shadow in another person, group or entity and come to reject or persecute it. What does this mean exactly? To put it simply, the parts we hate or persecute in others are exactly those parts we hate and persecute in ourselves.

This is a profound notion, for it forces us to understand that the division we have created between ourselves and our archetypal ‘other’ is merely an illusion. Once we understand the dynamics of the shadow then the dualism between light and dark, friend and enemy, moral and immoral increasingly dissolves. The black and white reality we have perceived is replaced by a grey blur of relative conceptions. We come to understand that our enemies are really ourselves. Jung’s conceptual framework of the individual human psyche can be applied to whole groups of people and even nations, helping us to partially understand vital issues related to racism, radical patriotism, or even religious fundamentalism.

Jung would declare that incorporating our shadow is an important component on the path to becoming a whole and therefore healthy person on the mental, emotional and spiritual levels.

This is not to say that we suddenly become immoral people, letting go of the values ingrained into us by our society, deliberately countering our previous lifestyles. It is, however, a conscious awareness of these hidden or forgotten aspects of ourselves. Awareness of this sort requires much honesty and humility on our part. It may even feel like admitting defeat. Yet, by embracing our shadows we are breaking down the harmful walls between ourselves and our perceived enemies – whether they be things, persons, racial or ethnic groups, religious traditions or political systems. A world where we can see parts of ourselves in others is a more compassionate world than one where others are wholly separate and inferior to us. To see the light of compassion on earth we must remember to embrace our shadows.