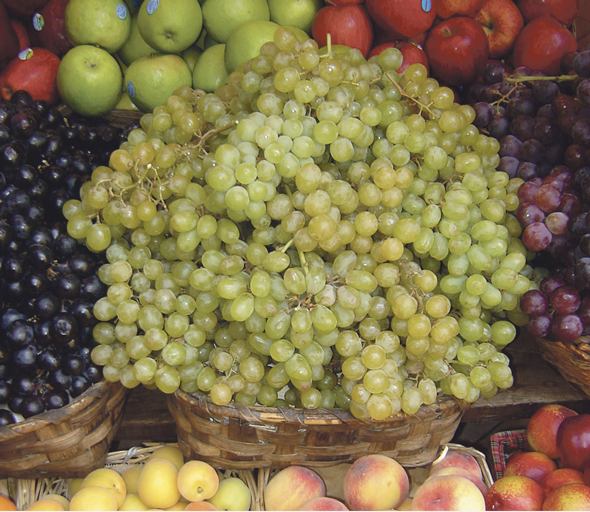 Today, the world of food is inextricably tied up in the global environmental crisis. What we eat, the way we eat, and how we produce food are a few of the most important, contentious, and controversial issues that our world faces today. Demand for meat and fish is rising around the world, food prices are rising, the population is growing, energy demand is rising, oil is being depleted, ecosystems are being destroyed, monocultures threaten the health of the plants and the soils, pollution is mounting, the oceans are being overfished, and companies can now control the genes of the food that they are producing. While the issue becomes increasingly complex, many people have turned a blind eye to the realities of the world’s natural environment and where their food is coming from. Nowadays, though, there are more and more people speaking out for more research into the health effects of genetic modification, better labeling, consumers’ rights and corporate accountability/transparency. However, the problems remain of over-consumption, over-population, and unsustainable practices.

The fact remains nonetheless that the vast majority of people, in Canada and the rest of the so-called ‘Developed World’, are still content to go to the supermarket, and buy what they need and save as many dollars and cents as possible. The truth is, that is exactly what agribusiness companies have always tried to do as well: produce as much as they can and cut their expenses as much as possible. This, as well as the pressure of population growth, led to the great technological advances of industrialized agriculture, and then biotechnology and genetic modification. One of the great leaders in both of those fields is of course the company Monsanto.

The modern supermarket is something that is representative of our culture in every way. It is big, convenient, with wide selection, abundant products, and good prices. It is also, however, horrendously unsustainable. The vast majority of products in supermarkets are shipped from very long distances away; this of course requires fossil fuels to transport them. In order to produce so much food, year-round, companies resort to massive machines for field work: huge amounts of pesticides, fertilizers, and herbicides, inputs which are usually petroleum based chemicals. The advent of genetic engineering seemed to strive to make things easier, but has since made everything very complicated instead. The fact remains that the industrial production of crops requires huge amounts of fossil fuels, to produce huge amounts of food that is coated in pesticides and shipped over here, often across oceans.

All this has huge implications for everyone. Industrialized agriculture also leads to massive depletion and erosion of the soil. There are vast areas that were once over-fertilized crop fields being grown by huge companies that are now barren deserts. Another issue is the runoff of nitrogen fertilizers off of fields into rivers and the oceans has completely disrupted the aquatic ecosystems. This fertilizer is causing massive blooms of algae, that suck up all of the oxygen in the water, leaving none left for the other organisms. The life cycle of the algae is relatively short, and so it dies, leaving the water completely devastated in its wake.

Industrial agriculture also, when over tilling soil, releases the CO2 that the soil has captured and is storing. Irrigation also is a massive consumer of water, which is inefficiently used through giant sprinklers to stock the shelves of the supermarkets. The consumption of resources, the emissions impact and other impacts of large-scale industrialized agriculture are staggering. Yet there is also a human impact. In many places, specifically third world countries, people who once had a traditional claim to the land, but lack modern legal title or documentation, are dispossessed of their means of livelihood and must become indentured labour in these huge corporate plantations. Multinational corporations exploit poor countries and their shady governments (who are sometimes set up by the CIA or the military for the monetary interests of the West) to allow inhuman labour conditions and extremely low wages. Sometimes things like sugar, or chocolate, are being produced using child labour. The things we see in the supermarket are actually part of a vast network of food commerce, and food bondage. Many impoverished countries where children are starving actually have food surpluses. However, the company who has set up their operation owns the food, and they export it here.

Take peanut butter. In a supermarket, the peanut butter selection is usually a vast array of various brands, sizes, consistencies, and types. When you’re in a supermarket looking at the selection of peanut butter, think about how much peanut butter there must be in each supermarket. Then think about how many supermarkets there are in the world. The numbers are truly astronomical. Peanuts are actually one of the main exports from Africa. In some countries, it’s their only export. In fact, the entire country is basically geared towards production and exportation of peanuts. Yet the economy is not a wealthy and equally distributed GDP; the people are poor, starving, and cannot do anything but keep trying to produce and sell one export and try to pay off their debts.

This is a very important part of this whole puzzle. Two of the most powerful organizations in the world are the World Bank, and the International Monetary Fund (IMF). They have proven themselves to be very good at something called “Structural Adjustment.” Basically, when a “developing” country is in economic trouble, the IMF and the World Bank are the “lender of last resort”. They state that they are committed to “ending poverty”. When they lend a country money, they attach conditions to that loan. Those conditions are Structural Adjustment policies. Their economists, the best in the world, declare that these policies are meant to stimulate their economies and help them become economically developed countries. In fact, these policies effectively enslave their economies, and provide rich Western countries with cheap labour, resources, and anything else they may want to squeeze from them. We can thank poor countries for our wealth, prosperity and food abundance, because that’s where we get it.

Let me sum up by saying these are some of the things that are ongoing practices that supply the food we see everywhere. Really, all of this is just the tip of the iceberg. However it’s not where ALL of the food comes from. Family farms that are small and sustainable are becoming very rare, but they are still there. The shift in consciousness towards organic, local, unmodified, unprocessed, and fair trade products is a step in the right direction. However, the Global Food Chain is still running and still something that people need to pay more attention to. There are all sorts of ways that we can change how we spend our food budget to help people and the environment (and be healthier). One of the things that many people may or may not know is the impact of the meat industry. If you are to eat meat, there are local organic sources that you can go to to get sustainably produced meat and help support small, local farms.

The problems with and impacts of factory farms and meat production are immense. The CO2 emissions from all of the animals alone is a huge contribution to the human-enhanced greenhouse effect.

The best way to reduce your impact through meat consumption however is of course, to not eat meat. Eating local, organic foods, that haven’t been over-processed or over-packaged is a way to eat responsibly, support people, the environment, and also to find some great quality ingredients. Also, look for fair trade sources of things like sugar, coffee, and chocolate.

However, the most important thing is for people to be aware of what goes on everyday throughout the world, and how it connects to you. When the evils of the world seem so numerous and unstoppable, that is not the time to resign yourself and keep it out of sight and out of mind. The great debate that is ongoing today is between those who helped create the technological advances in food production, as a response to increasing demand, and those who are opposed to its impacts and problems. The former point to how much it’s done for us, which is a very true point, and say that with the population now at 6.8 billion and rising, there’s no way we can feed everyone any other way. They say small scale production or organic production is simply not enough. However, the problem is not a shortage of food. The problem is firstly the distribution of food (we are over-consuming the food we import from poorer countries), and secondly our eating habits. We have the excess of the West, and the subsequent starving of everyone else. In India and China, the problem continues: as average incomes rise, their diets are switching to more meat and animal products. The other side of the debate is “What is sustainable?” While in a global context, a system of sustainable food production would be a tremendously complicated undertaking, if everyone could just be taught the simple techniques to farm their own land in an effective, perennial, sustainable manner, everyone could feed themselves. That would actually in itself contribute to curbing population growth. We know that one of the reasons the population is growing, especially in developing countries, is people living in poverty. Poverty, in effect, is a huge environmental issue, and if we want to help the environment, we have to help those people who need the most help, and we in the West need to consume less of the world’s resources.

The fact is that we know how to farm sustainably. The knowledge and techniques are there, in thousands of small-scale organic farming communities all over the world. What we need is a truly global shift in the way we look at food, the way we acquire food, the way we produce food, the way we eat food, and most importantly the way we think about what we eat. We need a shift in the way the people at the top, the rich policy makers and the corporations who have the most influence think about the best way to produce food into the future. Eating ethically and sustainably is one of the best ideas that is gaining ground today, but it is only one step in a long road ahead. We also need people to take notice, get informed, speak out, and take a stand.