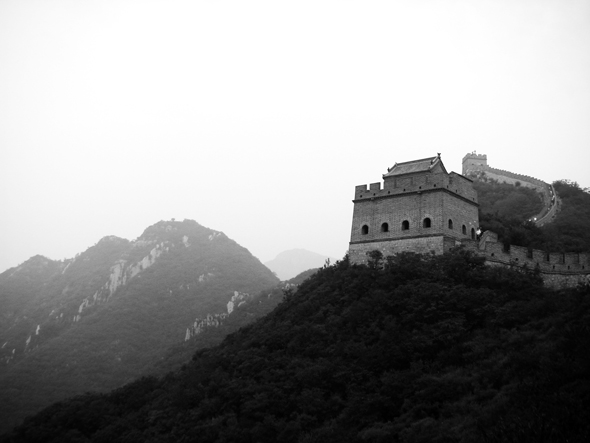 I haven’t heard from my older brother since the end of April. His last message said that he was painting his dining room. If I had of known that would be the last thing he’d say, I would have made him tell me every thought that went through his head that first day when he breathed in the acrid smell of paint. I wouldn’t have let him go without promising he would call next week. Anything, he could say anything, just to prevent this division between us. Instead, I said “that sounds great, I have to go make supper now.” My words were flat, and I can’t go back and say I was having a bad day. I can’t even translate “I’m painting my dining room brown” into “I love you Louise.”

Not staying in contact with your family has its consequences: my brother missed our grandma’s funeral. He will suffer for it because he didn’t grieve with us, his tears will be hot and heavy while ours have lost strength since. My grandpa cried twice when the casket was lowered, once for his wife, and once for my brother who is estranged from us. I left hope that my brother would come home to us at the cemetery.

My clearest memory of my brother is when I was little: I was lying on the floor in the hallway, and he came and sat on my head. It is little different from when I was at the beach, and a wave pulled me under: both times my eyes encountered darkness, and I struggled to make my way up for air. My brother’s bottom flattened my head to the floor, and my neck was aching from the weight, I had to use all the strength in my arms to shove him off. He did things like that all the time. Maybe that was his way of showing that he loved me and my sisters?

Alberta seems so far away from Clinton, Ontario these days. That is where my brother, sister-in-law, and niece live. I am sure my sister-in-law is deserving of my brother’s devotion and love, but my arms feel empty. I was looking forward to many years of holding and carrying around my niece, and I don’t know if I ever will again. Mother or not, my sister-in-law took away the only child that I want to hold for the next five years. I’m conflicted about whether I want children of my own, but I never hesitated to take on the role of doting aunt. I can only hope that if I ever see my niece again, she has not been poisoned against me.

I’ve thought about going out west and getting a summer job. My older sister did, and our neighbours thought her ‘brave’ and ‘focused’. I guess I don’t have that wanderlust, because I won’t be going to Alberta any time soon. Every conversation about my brother ends the same way, “Of course he doesn’t hate you, he just needs some time to get back on his feet. He’ll find you when he’s ready”. It’s my extended family that worry he’s been left for dead, but I know he’s still out there. One day my brother will contact us, we will scratch each others’ eyes out, and then, the period of healing will begin.