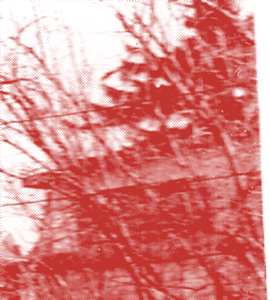 I’m sitting on my couch, 3000 kilometres from Waterloo, ocean air drifting in the window. My friends are sitting in prison. I watch the rage and resolve flow out in a stream of articles and photos and sentences and I can’t help but think that “distance” needs some serious redefinition.

Wait. Rewind. June 26th, 2010. Out for a walk with a few thousand new friends on the streets of Toronto. Small-town cops in dusted-off riot gear. I have a job interview the next day, for a job in a city where “G20” doesn’t mean much. I play it safe. Not involved in the organizing, and I feel like a tourist. Two months later, I move.

Even from far away, the pulling-together is palpable. The hum of caring and support becomes a roar. I feel a flash of pride – these are my friends, standing up to a threatened and angry State. This is a community, a family, that I – and, indeed, Blueprint – played some part in building.

But what does that amount to, now? What does it mean to be far away, when the surface of our social life stays with us so easily?

Watching people you care about go through a struggle is a good way to start sorting that out. A couple months of Facebook-checking will give you hints of all the new bonds being built, the allies in unexpected places – but these are just hints. More often, it’s a reminder just how backward looking our socially networked lives are. I live in St. John’s and have a job doing community work. A good part of my online self still lives in Waterloo, still works with Blueprint, still goes to Laurier.

What does this mean for our responsibilities as friends and allies? To be honest, I don’t know. I read all the articles. I get angry. I repost. But do I step back from my keyboard and actually do much about it? Nope. A friend went into prison, served his sentence, and got out before I even got my act together to send him a letter. While we’re now fed far more detail about the lives of our distant friends than we once were, it’s placed into a box that we don’t really know what to do with yet.

I think this matters – maybe more than we acknowledge. The telephone and the web did a pretty good job at shrinking distances in space; Facebook and its ilk are doing the same for distance in time.
Distance is important. We step away to rethink ourselves, to prioritize, to make choices. We walk around campus unafraid to take a few risks because there’s real distance between our lives there and our lives on either side of it.

This isn’t about becoming a luddite, or a hermit. There’s no need to be so drastic to realize that our ability to divide our own stories into chapters is starting to fade. We’re becoming more accountable to our past selves, for better or for worse.