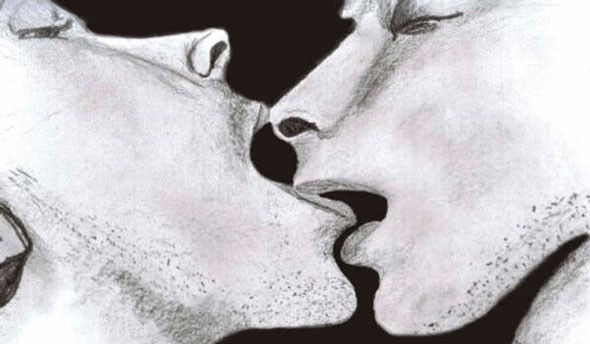 Let me throw a couple of stats at you:

In Cambodia, it is estimated that sex workers number around 80, 000.

Along with Thailand and the Philippines, approximately 1.3 million children are active in India’s sex trade.

The issue of prostitution is not a foreign one. The entire global sex industry is purported to be valued at around $9 billion. That figure includes North Americans as both consumers and producers.

What we should focus on is not prostitution as a problem. Instead, we must focus on the issue of sexual violence often inherent in prostitution, the dual problems of the trafficking and commodification of unwilling participants, and the conditions which prompt people to enter prostitution when they would not normally consider it as a career choice.

Personally, I find the idea that women and children dominate the sex trade to be the most disturbing aspect of the problem – to clarify, I’m referring to women and children sold or forced into sex work against their wills. It reinforces the idea that men are the ones with the power and as such, the world caters to their desires and worse yet, the power structure which women have long since been fighting over, is not dimming in the least.

Let’s talk for a moment about the aspects of sexual violence. I’m going to ask you a couple of interrelated question and I’d like you to answer yourself honestly; Have you ever seen a prostitute and done the same thing as when a homeless person asks you for money? Have you ever considered the circumstances and situations that brought them to this place in their life? Do you think they chose this life for themselves because they’re living in Canada and there’s always another option in Canada?

Many law enforcement agencies don’t consider prostitutes to be on the same level with ‘normal’ women. You think it was easy to get marital rape recognized as a criminal act? Imagine how hard it is for officers of the law to believe people who sell their bodies for a living could have been raped. The flipside is imagining how hard it is for the victim of a rape to be ignored because of what she’s wearing or what her job is – not that it’s uncommon even for ‘normal’ women, anyway.

I was actually asked to explore the question of why. And I can’t really do that in 500 – 1000 words. Even if I had a million, I’m not sure it would be possible. Prostitution itself is not necessarily the problem – the attitudes toward prostitution, toward prostitutes and the lack of choice associated with the ‘world’s oldest profession’ are the actual issues. In theory, though, there are a number of possibilities to explain why. As I said, the fact that women and children dominate as sex workers points to a patriarchal power structure having some effect.

But I could argue, quite successfully I think, that capitalism plays it’s role too. Bodies, sex, emotion, and pleasure have all been commodified. Nothing is forbidden anymore – for a price, some industrious entrepreneur can get you what you want. Check out YouTube – type in “prostitution” and see what comes up. Those videos occasionally demonstrate more than any words can. If you assign a something a price and the price gets paid, you have a profit if you pay the worker less then what was charged. The price is assigned to sexual acts and the worker is often young, often female. It’s hard to fight back when someone is controlling your future.

And as many of us university students know, a job often seems necessary. We all have bills to pay, mouths (our own, mind you) to feed, and so on. Doesn’t capitalism have a hold on our lives, despite our privileged birth into a developed, first world, luxurious place such as Canada? Well, when work is scarce and money is tight, but you’ve got three kids and your husband was injured in the war, you have to make money somehow. What does your body mean to you then but a dollar sign? Is your body, your pride, your dignity, worth more than the lives of your children?

All too often, families will sell their young children into prostitution to relieve some of the economic burden – one less mouth to feed and, suddenly, a little more money in your pocket. As usual, female children are the first to go – they’re highest in demand, their virginity is a commodity (which, in some places, it is believed can cure AIDS or other diseases), and they’re considered to be of least value to their families. This is the situation, at least, in countries like India. It’s not much better elsewhere, though.

The topic of prostitution, of sex work and the sex industry, is always in flux. New information, new ideas, new perspectives are constantly available. The problems I’ve described are not new, the statistics not hard to find. I would encourage anyone interested to do research on the issue. Just bear in mind, this is not someone else’s problem – it is everyone’s.