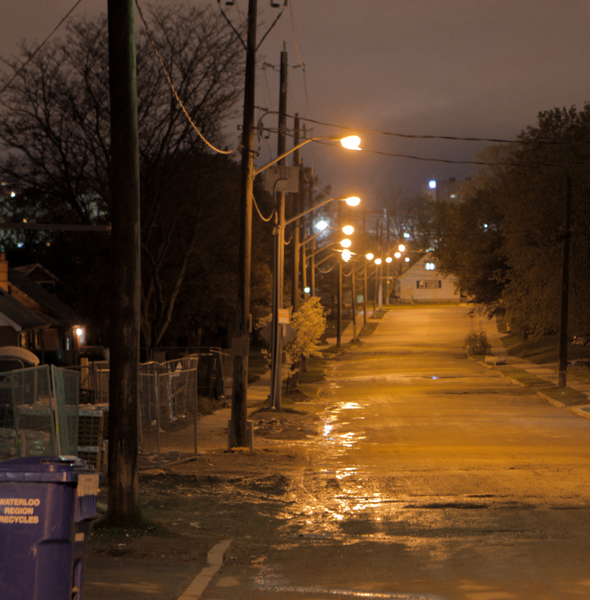 Recycled at 1am, Ian Spence

Home is not a place with walls, windows or doors. It’s not an apartment or a house, nor does it have two rooms or six. None of those things matter – they define empty spaces.

When I moved to Waterloo over four years ago, I was embarrassingly excited to get away from Toronto and live in a new city. It quickly became all that I hoped it would be, as I developed friendships (some rather brief), found jobs (some were also rather brief), and inevitably began calling it home.

Yet despite Waterloo being my newfound home, I still said ‘home’ when referring to my mom’s couch in her new apartment that I never lived in and only infrequently visited. I’ve found myself calling my office home after long days (and nights), and the odd power nap thanks to my lifestyle of sleep deprivation. I’ve even called my favourite Waterloo bar Ethel’s Lounge home, particularly during their to-die-for taco week.

After four years, the west coast will be the next place I will pronounce as home. It’s not because I have found reasons to hate Waterloo, or have grown tired of my friends. I’ve come to realize is that my fluid concept of home stems from the fact that home isn’t so much about geography as it is about people. My mom’s couch – regardless of where it is in Toronto – will always be home, and so will my friends in Waterloo, whether they stay or move across the globe.

My Waterloo adventure has been a worthy one, but there is only about a year or two left before the adventure reaches its expiry date. Where ever I next end up housing my shoes, books and pillow, it’s the new friends, like the current and old, that I look forward to finding a home in.