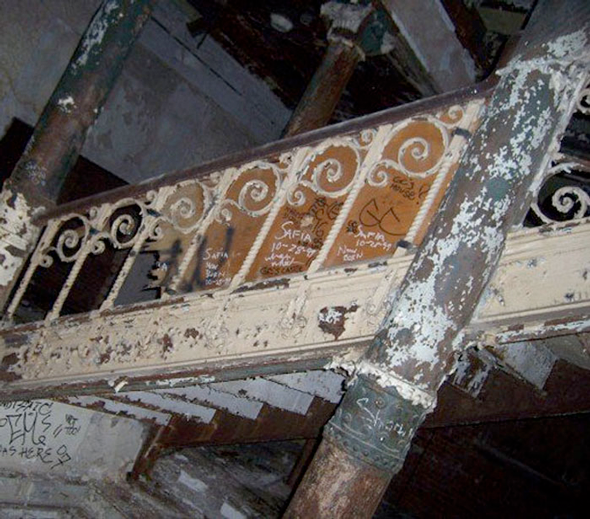 When I was twelve years old, the first person that really meant anything to me died of lung cancer. He had been ill for two months prior to his death, barely living on the IV drip that slowly passed through the plastic tubing and into his veins. He was my grandfather, Maxie Mask, and he died at age 65.

The days after his death were the most intense days a twelve year old could go through. I woke up at seven in the morning on April 20th, 2001 to find that, having left him late the night before, he died while I was still sleeping. I reciprocated my mother’s hug when she told me the news, not really believing it was true. That was the last moment of tenderness I felt until the funeral.

In my family, death is not only a natural progression in life, but also a circus. In small town Ontario, not even fifteen minutes from the east gate of Algonquin Park, my tiny but fierce grandmother put on one hell of a show for the people of Round Lake. It wasn’t just for them; people migrated miles and miles from all over Northern Ontario to say goodbye to my grandfather and partake in the spectacle that became his death. The preparation and delivery of his funeral became more important than the simple act of remembering this lion of a man within his own family and the community. My grandmother hiked up her pleated trousers, rolled up her sleeves and did the duties a new widow was expected to. In two days my grandmother put together a wake, a funeral, managed a will she did not fully understand, informed family of my grandfather’s passing, and got herself ready for the day she buried her husband.

My grandfather’s wake became a true show, a display for all. A funeral is less of a scene because it upholds certain religious and social expectations, while it seems a wake has no social dignity whatsoever. The first day of the wake hundreds of people showed up to pay their respects. To a twelve year old, it sort of seemed like a pre-funeral, unnecessary for the family, but necessary for those who could not make it to the funeral. The attire was the same, black and somber, but the attitudes of people were askew. Upon entering the funeral parlor I found it hard to make my way through the throngs of people, laughing and talking rapidly to one another, not particularly about my grandfather but of the hardship of having to put on makeup for this event in the dark. My mother grabbed my hand and took me to another room where I felt extremely awful afterwards. Lying, cold and white in a beautiful coffin, was my grandfather, so small in comparison to the man I had always known. Having not really processed the scene fully my mother grabbed my hand and said, “Would you like to touch him? He is very cold.” This was a normal reaction for her because she spent the better part of her first twenty years going to funerals and wakes and having this same ritualistic circus parade on, masquerading as normal. I said no rather defiantly and ran away from the spectacle.

Death is hard and painful and no matter how you rationalize it, the death of someone you love is one of the most awful things a person can experience. I’ve often thought that creating a spectacle like my family does when a death occurs is a defense mechanism, a way in which one does not have to really deal with that very hard pain. I find the spectacle of a death is harder to get through than the death itself. At the funeral two days later, after it was over, I walked down the church aisle with my family and saw hundreds of pairs of eyes staring at me expecting a reaction, expecting me to partake in the spectacle. I clutched my father’s hand and cried, not for my grandfather but for the pressure to adhere to the event.

The way to truly accept death and celebrate the person’s life and love should be simply, not in an extravagant or prolonged way. The night before my grandfather died I crept into his room a few minutes before we left. I softly grabbed his hand, kissed his cheek and bravely said, “I love you, Grandpa. It’s okay if you leave me tonight because I’m okay. I will be okay.” I walked out and that was the last time I care to remember him, not surrounded around people and their agendas, but as the person I had loved so very much.