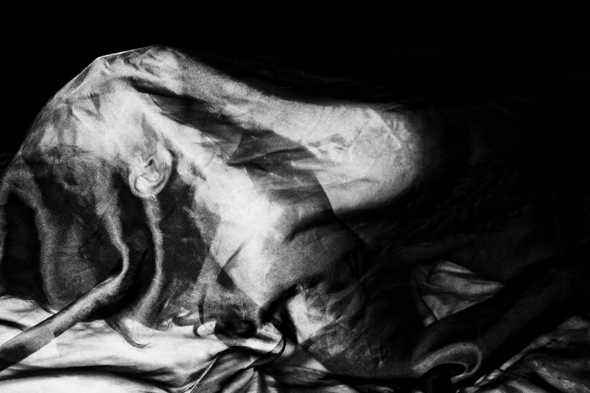 I want to tell you about how we got together and why you probably think I’m a dickhead. First of all, let me apologize. An apology probably seems… vain. I don’t think I’ve redefined your life and I don’t suppose it took you long to get over me, but I think I hurt you, so, sorry. Second, there was more to it than just your handwriting.

When we met, just before exams, I thought you were cute. I had been going through a bit of a drought; I’d been in this new town for about a year and a half and there’d been nothing for me – nothing healthy, anyway. I’d been only mildly interested in maybe two people, and when I finally found a crush (before you, of course) I was so elated I screwed it up. I’d been a little more than two years without sex. I hate it when people define men with sex, but two years is a long time. While my friends were drunkenly losing their virginities I found mine. It was frustrating, to say the least. So when a cute girl came to my house and got stoned with me and we spoke until five in the morning, and we laughed a lot and smiled a lot, and that girl was pretty okay looking I thought to myself “Yeah, this could work.” Then it was Christmas, and we all went home.

On New Year’s Eve there was a party, and all my old high school friends were there. I’m never sure how to act around them and I was especially nervous this time. The summer before I had had a fight with one of my female friends and her boyfriend. She and I had spent a night in each other’s arms, and everyone involved was upset. Turns out she and her boyfriend broke up in November. Turns out she was lonely.

We found solace in each other’s arms. I didn’t really want it to mean anything. It was just a nostalgia fuck. I came back ready to pursue you, but I found myself having a hard time. It was just like when I was with my first, and only real girlfriend. I was more than happy to be with her, when she was around. As soon as she left, it was like I couldn’t remember why I wanted to be with her. That relationship was defined by bipolar disorder; she was clinically, and I was emotionally.

I decided that since my emotions seemed to be arbitrary, choosing something arbitrary to find love with, was just as good. I decided I would invest my love based on handwriting. I’ve always liked looking at people’s handwriting. I spent a lot of time in my youth trying to change and perfect my own. It’s always been intriguing and, to a certain extent, attractive to me, so I decided to make it more meaningful. So, yes, I decided to date you because of your handwriting. I saw it and it looked lovely. The way your E’s were so round and feminine, your perfect T’s, your classic Time’s New Roman A’s. The way it all melted into semi-cursive writing.

As it turns out, penmanship isn’t a sturdy enough foundation to build a relationship on. But I wasn’t about to give up. I started reading into it, reading about how your L’s meant you were caring and giving, how your Y’s were a sign of a troubled past, how your M’s meant you were playful. This gave me more confidence. As the relationship progressed I got a little more invested in the whole penmanship thing. Then there came a fight. Then there was another one. The façade was being torn down and my reason for liking you seemed to become sillier and sillier. Our relationship started crumbling from the inside out (even your N’s seemed too big). By reading week I didn’t care about you anymore. Once again, I fell into her arms.

So I cheated, so what? You felt much the same way as I did. You would have cheated under similar circumstances. We would have broken up soon thereafter regardless, this just made you feel better about dumping me. It gave you something to talk about with your girlfriends, someone to get angry at, a villain. I allowed you to be self righteous and vindictive. It’s not that I’m not sorry I cheated, and not that I’m not sorry our relationship was fucked from the start, I am. I just don’t think that what I did was as bad, in hindsight, as you said it was.

You’re probably wondering why I’m writing this six months after we broke up. The thing is, I’m starting to think penmanship might not have been so absurd. I know it’s not something to base a relationship on, but for the last six months, I’ve been looking for someone else but I can’t find them. It’s not because there was no one pretty or funny or talkative enough, it’s that they all have really hideously ugly handwriting. No one can come close to you when it comes to handwriting.

Maybe I sound crazy, but please take me back. I haven’t been the same without your clean V’s or your voluptuous B’s. When I see the notes you wrote me in class, I can’t help but get turned on. I haven’t been turned on since we split up, I fear I might never be again. Please consider it. I know it will work this time.