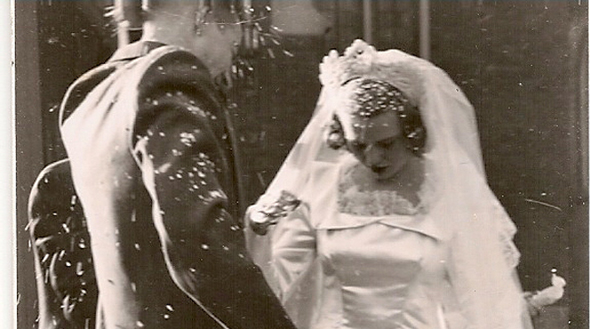 The light summer air of early June tousled the hair of the crowds enjoying customer appreciation day outside of the small business. The store catered to the needs of farmers, selling animal food, grain, seed, and fertilizers. The bright red sign in front was welcoming and friendly, and matched the large grain towers that stood beside the building.

It was the summer of 2000, and business was thriving. Customer appreciation day was a hit, as farmers from all over the city brought their families to enjoy fresh food, as well as entertainment provided by two small ponies used for giving rides to children. The daughter of the storeowner roared with laughter as her Dad gave her piggyback rides around the parking lot.

Some of her first memories were embedded in that building. She used to run around the storage room and leap from piles stacked with bags of cattle feed. She would chase the stray cats around the building in hopes of catching one, but they were always too quick for her. She would write secret messages and clues for imaginary buried treasure in the dust of the shelves in the back corner, hoping someone would discover them.

Even growing up, as she passed the store on the busy highway it was located near, she would beam and say, “My Dad owns that.” The red towers soared high above the skyline like a beacon, and every time she saw them she felt safe.

Today she stands in front of the building’s gates, fingering the chain and bolted lock holding the two sides together. The once vibrant red of the store’s sign no longer evokes warmth within her; instead it sends a chill down her spine. It hangs at a defeated angle, like it knew the world had won. Inside the dusty shelves and sacks of feed were gone. The place had been emptied and stood hollow like a gutted corpse. She imagined her father’s bare office, which once held her poorly drawn childhood pictures and snapshots of their family. Only the darkened squares of wood that once sat behind picture frames and never seen the sunlight would prove that anything had existed there at all. It was all surreal. Everything had happened so fast that she had barely realized the implications of it all. It wasn’t just the family business they had lost; it was like losing a family friend. Guilt ripped at her from inside as she realized she hadn’t even come home to say goodbye.

She sat on the ground in front of the gates and stared. She appeared to be waiting for some sign of life, some emergence of activity to shake her out of her dream and bring everything back to the way it was before.

She waited until the night grew too cold to bear any longer, took one last look and headed home.

Emily Holmes has been a Blueprint staff writer since 2011.