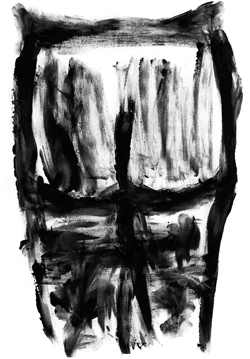 It’s tough to be a queer gal trying to find a mate. Not only are you faced with the general roadblocks of the dating world, but you also have to figure out whether or not the girl you’re crushing on is gay. When I started looking for dates in my teens, I found that since I didn’t ‘look’ like a lesbian, I was lost in the queer community. How on earth could I find a girlfriend?

What’s cruising, you ask? I’ll do my best to explain. Two gay men pass by each other on the street, and for whatever reason, each recognizes the other as gay. Maybe it’s how they’re dressed, maybe it’s the area of the city they’re in, or maybe they just know. As a result of knowing, they cruise each other. They wink, lock eyes, smile, or just look the other up and down. The cruise could end there, with a look and nothing else; it could also lead to them stopping to chat, exchanging numbers, or to the nearest public washroom. That’s how I define cruising.

If I was to simplify stereotypical gender performance, I might say that males are aggressive and females are passive. In the queer community, people are more likely to think of gay men as feminine and lesbian women as masculine. The act of cruising turns that stereotype of queer people on its head. Gay men flirt just as aggressively as their heterosexual counterparts, while queer women hold back, remain passive, and either congregate at a lesbian bar where they feel comfortable being aggressive or go on PlentyOfFish.

Why is this the case? Why is open sexual aggressiveness more prevalent in queer males than queer females? I think this is a situation where stereotypes become true; where men are men and women are women, straight or gay. Isn’t male aggression in sports more common and acceptable than female aggression? Isn’t it okay for men to solve their problems with a fist fight, whereas women ‘talk things out’? In straight flirting, this sort of aggressiveness is inappropriate because most females don’t respond to it. In gay male flirting, where everyone is on the same playing field, it works.

In queer female flirting, this sort of aggressiveness just wouldn’t look right. More than that, it just wouldn’t feel right. Perhaps that’s not what most women respond to, aggressiveness. Personally, if a woman walked by me and gave me an elevator look, I think I’d be turned off or grossed out.

Here’s the thing though – I’m not hating on gay men, I’m jealous of them. I wish I could cruise. Not necessarily in the way that gay men do, but I wish there was a queer female version of it. You walk by one another and you just know, and you find an appropriate way to show your interest. It seems that despite our greatest attempts to transcend stereotypes applied to our genders, we sometimes still fall prey to them.