This past summer, I spent some time traveling through Europe. For a month, I visited my family in Italy and traveled the country that my grandparents came from. After that, I backpacked Western Europe before flying to Ireland, where I explored the land that my paternal Grandmother left before coming to Canada. The artistic culture I found spread throughout the continent amazed me, as the temperaments of the people were boldly conveyed through graffiti and street art, using the cities themselves as a medium. Here are some of the images I found decorating the streets. 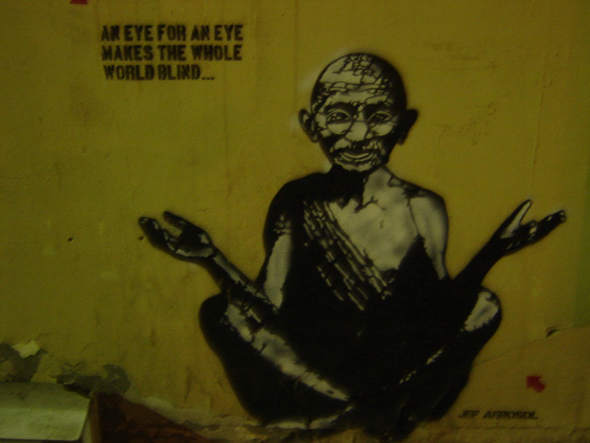 Paris, France – One of many gorgeous stencils in Paris. The vast amount of peaceful street art in Paris made me really happy. Around the corner from this one was a stencil of John Lennon. 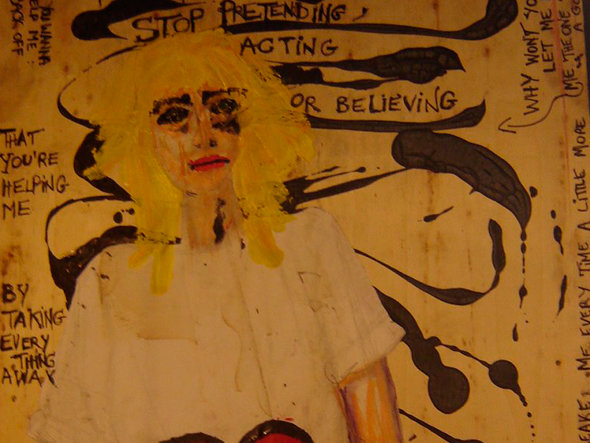 Bruges, Belgium – Belgium is a pretty happy place, and Bruges, quaint and polite, is sort of the Fort Lauderdale of Europe. Surprisingly enough, I found this art on a stone wall in one of the main streets. The intensity of the piece made me wonder who put it up, since Bruges isn’t exactly a venue of social or political protest, the way that other major cities often are. This piece made me realize that passion exists in even the quietest of places; sometimes you just have to look a little deeper to feel it. 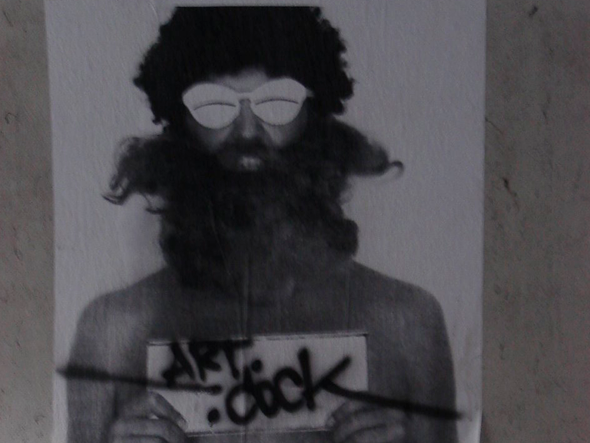 Rome, Italy – I stumbled upon this piece in an area of Rome completely devoid of any English, which means an especially high Roman Catholic population. It was surprising not only to see street art up in this area, but also to see it written in English, and I’ve since wondered how long it survived before being taken down by the city’s municipal employees. 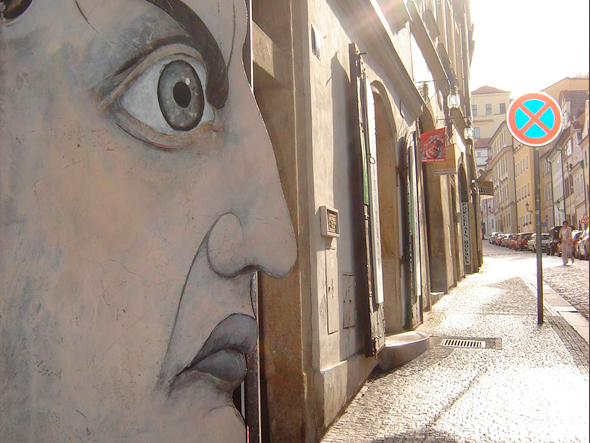 Prague, Czech Republic – This face was part of a door that I encountered on my climb to the top of the city. The fierceness of the glare in its eyes is a perfect representation of a very angry Praha.

See more graffiti at Carly’s blog, Milk in My Eyelids.