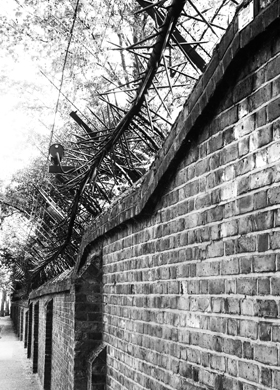 Look into these eyes, they don’t lie.

They speak words that I cannot say.

Sitting here I wipe the tears from eyes that cry for the youth of today.

It’s become okay to sling rocks, guns, but at the end of the day

they’ve just dug themselves further into the grave.

Lyrics that fall onto the ears of the innocent kids,

running the block just because it’s quote-unquote “the only way to survive and live.”

Victims of an education system

that forgot that the purpose was to raise up soldiers in these children.

Instead teachers dreading to face the reality, caught up in the same vicious cycle.

Escaping? No, they claim there will never be.

Some take it as far as telling me to act my color.

to help everybody regardless of color, religion or creed.

I stopped to take a glance and that one glance forever had me hooked, so shook.

To keep going like what I saw didn’t exist.

Ahh, I clinch my fists and begin to pray.

I bind spirits of violence, poverty and lack.

I thank God for the times He had my back.

Generational curses hinder and attack, but I stand in the gap.

What are you doing to reverse the curse of a world that has stumbled and fallen?

All the while you stand there and complain of the strain that it’s causing you,

but I don’t see you move, got nothing but an attitude.

So while you stand there, negativity ever-flowing, I’ve got to keep going.

Keep fighting and pushing back so I can watch how you react,

because in all reality it’s your doubt that keeps me in the bout.

This burden we need to carry and stop being weary,

because we’ve stood by long enough

while too many of our loved ones we’ve watched being buried.

Yea, I know it’s scary, but in this place we can no longer tarry.

“Put on the whole armor of God that ye may be able to stand against the wiles of the devil.”

So I refuse to relax with my back against the wall when God is trying to take me to another level.

I am my brother’s keeper.

So while you stand there perplexed and vexed in deep contemplation,

excuse me y’all, I have to go save a nation.