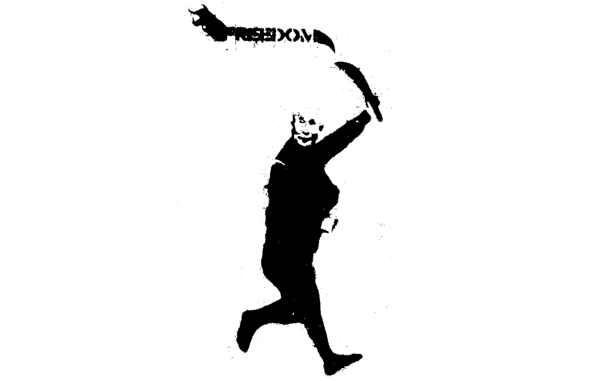 I can distinctly remember quarrelling with my eldest cousin over the concept of patriotism. He told me it was something I absolutely had to feel—there was no option and no argument. Of course, he didn’t know whom he was up against. As a child I was relentless; no debate could be long enough and the barrages of questions (and snide remarks) were never ending—especially with him.

Our debates on Pakistan were always centered on the idea that, although I had never lived in Pakistan at any point in my life and couldn’t read or write Urdu, I had to be a proud Pakistani. Of course, at the time that pretty much just meant cheering for the Pakistani cricket team, the barometer of national pride. But for me, those faces in the crowd with the painted-on green and white flags didn’t really mean much. I didn’t feel a sense of kinship. Maybe because I hated cricket, I don’t know. But I’m sure that on some level, I was just being a typical rebellious teenager.

The debates never really went away as I grew older, but became less about rebellion and more about identity. I was attempting to figure out who I was. Nationality was more of an unknown variable than religion or sexuality; it was what I was most confused about. There were no clear answers: I had a Pakistani father and an Indian mother. I was born in Kuwait, but lived my entire life in the UAE studying at an international school. I had a Pakistani passport, although I never saw it as more than a travel document. I will always remember my mom telling me after my umpteenth complaint about my ‘useless’ passport, “say what you will, but if we’re ever again in a situation like we were in Kuwait, we’re heading straight to Pakistan.” And that was it. I always knew that despite all my bickering and questions of identity, when it came down to a time of need, Pakistan is where we had looked before. In 1990, when Saddam Hussein invaded Kuwait and started the Gulf War, my family left our entire lives behind and joined a caravan of refugees heading to Pakistan. We drove for over a week from Kuwait City to Lahore and were handed food and money by the Pakistani army at checkpoints along the way. Eventually, we settled in the UAE and Kuwait was history. Of course, this only added to the confusion in my head.

Another thing my cousin would use as part of his argument was the fact that since my father was Pakistani, I was de facto one too. That’s where my inner feminist would step in and bitch my cousin out over his flagrant disregard for the validity of my mother’s nationality. Not that I was particularly attached to India, but I just didn’t appreciate his understanding of patriotism in such a restrictively masculine way. It didn’t help that Indian culture is heavily Lose Weight Exerciseed towards a concept of “motherland”, which in effect made me Indian. Once again, the expectation was an instant and immediate bond; something my mind evidently had somewhat of a chronic allergic reaction to.

I think eventually I just gave up on the idea of finding a label to identify my nationality. Now that I’ve become a permanent resident in Canada, it’s even more of a blur. While my family was still floating in limbo during the painfully lengthy Canadian immigration process, I continued to doubt if I would suddenly develop a national bond with the country we were trying to so hard to become a part of. I guess I had taken enough global studies courses to know that ethnicity, nationality, and nationalism were not three sides of the same (three-sided) die.

As it stands now, I have been a PR for exactly a month and a half, but I was connected to Canada way before I did my landing. As an international student at Laurier, Canada is where I discovered myself and expressed myself. It is where I was free to be whoever I wanted to be and believe or not believe in whatever I wanted to. But home will always be the UAE and Pakistan and India will always be the raw materials with which my entire value system was created. But when it comes to a question of patriotism, I’m still at a loss. Perhaps it’s because by definition it is limited to one country or maybe I’m still trying to figure it out on some level but either way, I think patriotism is a topic best not debated; unless you’re my cousin, because then I will fight you.