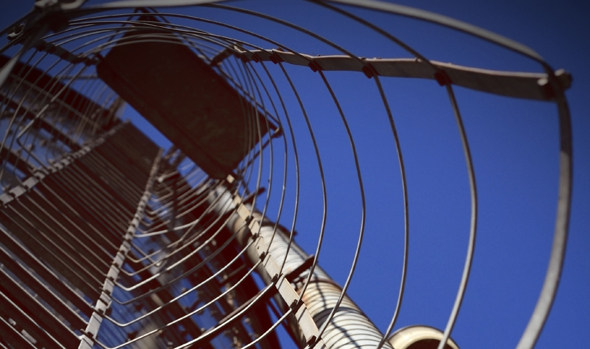 Here there is sand and waves, imagined ecosystems ecosystems of life. A hundred thousand life forms packed into a square foot of water, her life, their life, washing back and forth across his calves, knees, thighs, hips, deeper – but there was really only bricks, not bark, and noise – the tap of glasses together, tossing back alcohol like promises.

The water is bitterly cold, but more feeling in this numbness than anywhere else. He can feel his heartbeat pulse down and out and imagine it moving into the water with tiny ripples to prove his reality. But they both really knew, both cradled a lie between their palms like a stone and felt the heavy Lose Weight Exercise of it.

The sea doesn’t want him. It heaves against him, trying to spit him up, and spits him out, back onto the shore where he belongs.

Waking up from an endless dream within a dream, pushing her, brick scraping her back, lips scraping her skin – waking, waking and yearning to be the spinner of his own fantasy, to resist the fallacy into which she pulls him. To create an absence of choice where he would have no control over his betrayal. No guilt, no feeling, just the pure moments that he can’t reach in his reality. To be free of regret that is parasitic to each good feeling, the paradox of the dualistic balance of fairness.

Fairness that doesn’t exist, he knows this, but in the dream… trees, then rocks, sand, then water, crashing, rising, cooling, and feeding his dream. He can create and destroy it all.

The ocean is her breath all around him, her thoughts that move like osmosis through his skin. He pulls in her mind with an endless desire of feeling and knowing. Not wanting – wanting is for reality.

In the dream there are only moments, and being.

The brick rough, the ocean, rough, pushing deeper and deeper under his skin. Her arms crash into him, grazing his skin, fingers pushing like a wave through his ribs. The sea rushing up past his neck and closing in, a welcomed claustrophilia, pushing past his nose and eyes, choking down his throat, pounding in his ears a kind of commitment he’s not ready for, but yet…

As he tries to flee the sea, each collapse of a wave and explosion of boiling froth claim him. His collapse on the shore like a second birth, all fours, sand pressed into his cheek bones and mouth, rough on his tongue. With each foot fall and each tear fall, he crawls then walks from the ocean; taking drops of her with him on his skin. His tears, her body, seeping into the ground where they fall. Shards of green stab through the sand, and push up, into little mountains. The ground shakes to mimic his thoughts like his own personal earthquake, and when they stop, his mind will be still.

Young at first, then aging faster and faster, a forest grows up around him, under him, thick tree roots ripping the sand with the sounds of a terrific symphony and tripping his feet. Grasses, flowers, shrubs, trees- oak, ash, pine, spruce, fir, sequoia, redwood, all together and writhing and straining higher, proof of how much life she has.

He cries out, the sound entirely swallowed by the dense, dark wetness of the forest as his feet split and without consideration to his agony, small roots, still like veins, burrow into the earth. Each step tears them free with small snapping sounds and a shower of earth, but they grow back, faster each time.

The moonlight that is shining through the limbs of trees, weaker and weaker as the forest overtakes the shore, trees towering two hundred feet above the water as living monuments to her experiences.

Never more sharp a reality than in the pain, than in this dream with the soil beneath his feet, teeming with life. These feet like lead too exhausted to lift, she takes them for her own, veins threaded with roots and bark crawling up his legs like a shiver, like breath. Slivers of wood split his shoulders. Like Shiva, branches crack ribs, and up, up, up, his new center of gravity, straining for the sky- and he wonders, briefly, how to photosynthesize.

And suddenly there is no sound, no pulse but the forest, no feeling but hers. His mouth, tongue, twisted into a knot, leaves dripping from arms- no, branches.

But even as he’s given up his soul, his eyelids scrape his eyes as bark, the brick scrapes through her back and the back of her hands, and his knuckles in tiny tears, he wonders if this is close enough.