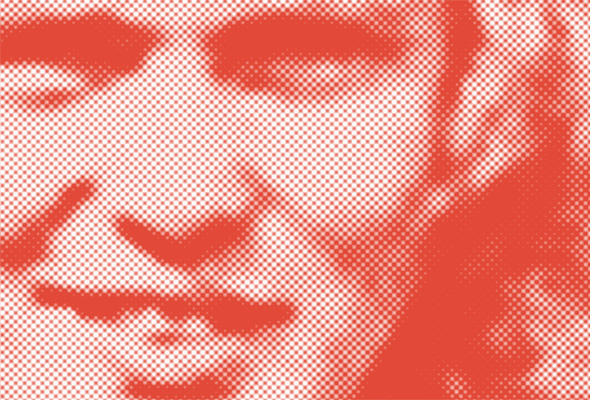 There are ten people at my table on Christmas morning.

Two of them bear the chromosomes responsible for my quiddity and the quiddity of my sister, who is also at the table. One of the people at the table is me. The other six are a smattering of idiosyncrasies who possess a coveted, longstanding invitation to the most hallowed of all brunches: that which happens on Christmas Day at my parents’ house. I am not related to them by blood. But they are my family.

Across from me is my aunt, who is not really my aunt, but who I’ve called my aunt since I could speak the word. She has played this part very well for several decades. At the other end of the table is my brother, who is not actually my brother. But if I had a brother, it would be him, because we interact like siblings and spent our adolescences pretending that this is what we are. Beneath the table, with her head on my feet, is my pet dog, who is also a member of my family. Emitting from the record player in the living room is Bob Dylan. He is family too, even though we have never met. (I swore I saw him once in a bakery in New York City, but it was dark out at the time, and he doesn’t seem the cupcake type. It probably wasn’t him.)

I say Bob Dylan is my family because he represents the things I think a family should be. He is timeless and unconditional and available to me quickly whenever I desire him to be. My mom is this way, too. So is my dog. But my dog is not related to me by blood, and neither is Bob Dylan. This doesn’t matter at all, because blood is confined to the veins, had no choice in getting there and thus cannot make a sound decision about whether or not it wants to be our family. And sometimes, quite frankly, blood is meaningless. Uncles can turn out to be assholes. Parents can fail at parenting. Cousins who were childhood confidantes can grow up and become vapid model-types whose conversational offerings are so insufferable that you finish an entire brunch’s worth of mimosas in one swift gulp and sneak off to the washroom for serenity.

So we must assemble our chosen families, which is what I have done.

Family is more of a feeling than a thing. Family means stability and roots, but these things are not always available. People change. People move. People die. The proper definition of the family — the bloodline, the thing — is not eternal. Family the feeling, however, is everlasting and agreeable and always present, even when family — the people — have changed, have moved, have died. Bob Dylan is my family because he is unrelenting. I have forgiven him for making a nauseating Christmas record and he has forgiven me for snorting cocaine off a Blood on the Tracks album cover.

He’ll never trap me in a conversation about jeggings and Miami and how fun it is to do photo shoots for advertisements that go on billboards beside the highway. He’ll never send me into the bathroom with a bottle of prosecco at 11 o’clock in the morning. And if he did, it would be okay, because I selected him for my chosen family for a reason, and I would care enough to work through it. Family means giving a shit. This is the most important thing.

Some members of my blood family are also in my chosen family, but only the good ones. My chosen family is comprised of approximately three blood relatives, six old roommates, five dead people, one animal, three old neighbours, a handful of friends, an accountant, some writers, some lawyers, some losers, a vagabond who I last saw in Berlin in 2007, a painter, and of course, Bob Dylan, who is really just a metaphor for someone I love because I choose to.

Blood is thicker than water, but that is irrelevant.

Carly Lewis was Blueprint’s Managing Editor in 2009-10. Her writing has been published in Spin, Bitch, Maisonneuve and the National Post.