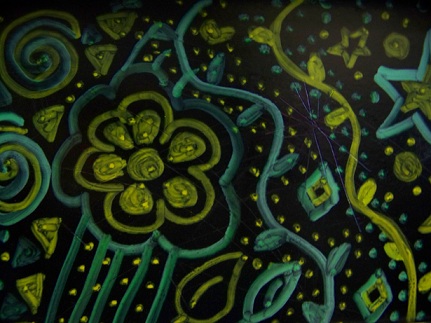 Some weeks ago, I left my well-loved university town for downtown Toronto. Suffice it to say I was curiously dissatisfied with nothing in particular and also everything at the same time, commitment-free and saddled with three years’ savings. It was a long time coming, and wouldn’t summer in the city be marvelous? And didn’t I deserve it? And wasn’t it inevitable anyway? Lonely romantics are never satisfied with mid-sized cities for long. I packed in exactly six hours.

The teachings of my first weeks were sparkly and new, and then they were not so any longer. Wondering if banality can follow you from one city to another is a particularly riotous brand of self-torture. In a bedroom with four white walls you can convince yourself that you’re anywhere in the world, or rather, that you’re not in one of the most exciting cities in existence. All of the sameness was stifling; my city of wonder now seemed like any other dreary Canadian doghouse. It was utterly unfair and, more than that, worrying. And what about all this damn noise? How do these people get any thinking done? But now I was stuck with it, all of it, for four months. The 21st century girl with a soundtrack for everything was face to face with the new music. But the city’s score is compelling.

Firstly, if you ever need to be reminded of how insignificant you really are in the grand scheme of things, you need only stand on the subway platform while the train is pulling into the station. A light begins to emerge from the tunnel and the ubiquitous wall of wind grows stronger and stronger, your coat flailing helplessly, before the mighty bellowing rhythm of the train shooting over the break points in the tracks roars throughout the station. Suddenly you’re reminded that, my God, aren’t I really just a tiny little thing? Isn’t technology terrible and grand? Machines must certainly be alive. The subway rumble is the urban wardrum; the subway itself, the lifeblood of the city. Power, discipline, and respect, embodied. Toronto, itself a macrocosm 2.5 million strong, waits obediently at its beck and call, an overgrown city at a standstill without its operation. The whole thing seemed really profound and menacing at first consideration. I wondered if this is what my small-town friends meant when they said they said the city made them feel uneasy, and I shuddered at the thought of New York’s even greater nefariousness. Finding truth and a place for myself here would be harder than I thought, I inwardly mused. One always has to roar louder than the subway train.

The delicate howl of the streetcar is a different story. Let me share an important point here: the streetcar is one of my favourite things. You might ask why and I might foolishly attempt to explain the ins and outs of the matter, both out of courtesy and in a bid to solidify some sort of basis for my own unfounded musings. The streetcar is the wildest and most darling concoction of European and urban charm with infinitely more glamour than the city bus. I bet that you, yourself, could fall in love on the streetcar. Especially if you were twee enough to call it the tram. Then you’d really be in for a doozy of a romance. My irrational love for the tram aside, the prolonged, bellowing wail of this particular transit vehicle has become a warm and exquisite city standard in my life. Something like a metropolitan foghorn to a rail-bound metal ship sailing through a sea of sedans and wayward cyclists. It is regal and commanding yet subdued and not quite loud enough to be unpleasant or discordant. You are only kindly reminded that it’s okay, your rescue and salvation has arrived, finally, to scoop you off of the turbulent streets and provide shelter in the warmly lit cabin. The ride is gentler than the siren song; the rocket moseys through the streets calmly while you idly take in the view of the urban sprawl. It’s like the subway with more scenery and character, for those of us who crave distraction and whimsy and stray away from sterility. The tram, folks. It’ll break your heart, I swear to God.

In spite of all the flurry of the streets (and sometimes, equally so, inside my head), the morning birds still sound the same. Their songs will follow you. The same avian symphony has greeted me with every sunrise for as long as I can remember. It’s half charming and half irritating. If you don’t agree, you’ve probably never pulled a classic all-nighter in front of your computer screen, scraping the last pieces of coherence from all the corners of your brain to meet whatever encroaching deadline, when the bravest bird curiously begins to sing. (The first chirp reminds you of the falsehood of your imagined immortality and that you have, indeed, been awake for twenty hours. The charade is over and you swear, right then, that you could tell each bird to fuck off, individually. And maybe you did, depending on your level of lucidity. Student life sucks.) In times of real introspection, I begin to think the only existential purpose of birdsong is to remind me that I am a sustaining being, subject to theories about the existence of time and continuity of the mind and memories and retained knowledge. It’s all very Lockean. Thankfully, my own perceived sensations are easier to decipher and accept than others’ philosophical positions. I guess birds have taught me more than I give them credit for. I sort of want to thank them for being so romantic and consistent, if talking to birds wasn’t so batshit crazy. Even the cooing of pigeons is oddly soothing. And even suburban girls hiding in the city know that nobody speaks fondly of pigeons. Anyway, I appreciate the hell out of all these birds, I really do. But armed with a few subway tokens, some red lipstick, and a great knack for grandiosity, I think I might do well to give the cacophony a chance.