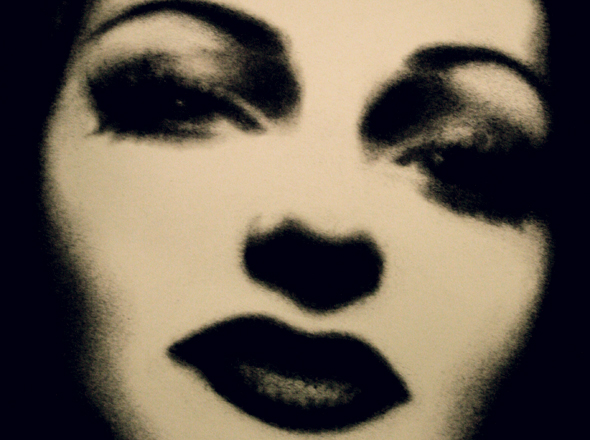 Jason was not a simple man. Nor was he complicated in any way. Jason was a man who woke up at precisely 6:45 am every day. He swung his legs and landed his feet in the slippers that were placed a foot away from the bed every night at exactly 10:30 pm. At 6:50 am Jason enters his kitchen of white linoleum that shines under the single fluorescent light. Having prepared the coffee the previous night, his only act is that of pressing the on button. At 6:52 am Jason enters his bedroom, and dresses himself in one of his four perfectly pressed suits. His breakfast consists of two fried eggs, one piece of toast, one cup of orange juice and one mug of black coffee. 7:45 am arrives and Jason is in his blue tiled washroom, standing in front of the mirror. His patent leather shoes are illuminated by the vanity lights.

As he combs his hair, parting it to the left, and stares into the hazel eyes gazing at him, Jason thinks about the day’s routine. He feels the dull beige carpet swishing under his feet as he enters the office. Jason can hear the desk clock ticking away the day’s seconds. He already senses the humming computers emitting charged, dead air. What Jason does for a living is of no importance to you. It is enough to say that Jason’s job consists of grey cubicles, stale coffee, and a predictable pattern that never falters.

Exactly eight and one half hours after arriving at work, Jason begins his trip home. Upon entering his spotless black four-door, Jason sits for 30 seconds. In this time, he slicks back his hair, uses one generous palm full of hand sanitizer and adjusts his rear view mirror. Everything about Jason is exact. Finite. Not a hair out of place or a stray thread. Dirt of any kind is simply unacceptable. Every evening at 5:00 pm Jason turns on the ignition and begins the 32 minute journey back to the sterile, unchanging rooms of his apartment.

On this particular November day however, something went askew. Jason’s car was still spotless. The radio was still tuned into the CBC. The windows were still free of any finger prints. Surrounded by black, grey, and cold Canadian winter darkness, Jason sat staring at the most perverse object he had experienced in his adult life. There, upon his windshield, half glued by the freezing rain, half floating freely in the bitter air was a neon pink feather. About the length of a man’s thumb and curved slightly, it lay waiting for Jason’s reaction. He was stunned into silence for only a moment before turning on the wipers to rid his car and sight of the glowing nuisance. Only one word entered Jason’s mind: disgusting.

Thinking nothing more of this bizarre encounter Jason continued his nightly routine. Without a glitch, he cooked dinner for one, completed exactly four chapters of his book, and fell asleep at 10:30 pm.

Waking up the next morning to darkness and the spatter of rain against his bedroom window, Jason felt how he had felt every day for the past 15 years. He swung his legs over the bed and dropped his feet into the awaiting slippers. Rubbing his stubbled cheek, Jason turned on his bedside lamp. Instantly the eco-friendly bulb cast an oppressive light onto the floor, crawling up the bedroom walls. Jason caught a glimpse of something in his dresser mirror that made him pause. Reflected was the window and in his window he saw a neon pink feather. For an instant Jason’s heart beat faster. His pounding blood shook him slightly. What a strange coincidence, he thought, how odd. With a sigh and a shrug Jason attempted to shed the uncomfortable feeling creeping up his legs. A second look and the feather was gone.

Was this a simple coincidence? Unfortunately, for Jason, it was not. This was, in fact, a pivotal moment in his life.

For the next week, Jason saw one neon pink feather every day. Each time the feather was placed in a new spot. One came fluttering down from the sky and was stuck to an office window in front of Jason as he was refilling his brown mug. One appeared on the front of a car that was idling behind Jason as it waited for the light to turn green. He saw this particular feather one morning by a chance encounter with the rear view mirror. Every day for ten days Jason saw a feather and every day for ten days he wondered where these feathers were coming from. So gaudy. So bright and flamboyant. He decided they were the forgotten remains of a parade, a party.

On the eleventh day Jason’s decision was shattered. It was a Tuesday morning. The skies were overcast with a washed out burgundy hue. The rain, no longer active, was still present in the puddles, the mud and the slush it left behind. Not seeing one offending pest on his way to work, Jason decided a feather would most likely appear that evening, but desperately hoping these interruptions to otherwise typical days would end. What Jason hadn’t counted on, however, is the feather being anywhere else but on the other side of a pane of glass.

Jason sat down that Tuesday morning in his grey swivel chair, waking the sleeping monitor and sipping the rather bitter brew he retrieved at 8:56am. As his computer came back to life, Jason set down the mug, pulled out the keyboard, and opened the bottom drawer of the filing cabinet that stood obediently beside his fake wooden desk. A small puff of air escaped his lips. Laying on top of the manila coloured files was a neon pink feather.

Jason clutched the drawer, the skin on the back of his hand turning a translucent white. His breath was shallow. He stared at this feather. What was this thing doing in Jason’s filing cabinet? How did it get there? Blinking himself back to reality, Jason scanned the office looking for something, anything, that would yield the answer. He met the eyes of not one person. No one had witnessed this event, no one could tell Jason why. Alone, he sat in his grey cubical with his coffee mug steaming on the plastic desk. The computer and lights hummed. The air stood still. The droning chatter of phone calls, the ringing, the snippets of conversation, the clicking of keyboards all seemed so distant. Jason slammed the drawer back into his cabinet. He did not look in that direction for the next eight hours.

At 10:30 that night Jason settled into his bed. The suits were pressed, coffee ready to be made, a banana sat on the counter, ripe. Jason refused to think about the feather. As he lay in the darkness, listening to the sound of wheels on wet roads, something kept nagging him. Something was irritating his brain, intruding upon his sleep. As Jason rolled over he felt something offend the tip of his nose. Sleepily, he opened his eyes, only to stare at a perfectly formed, incredibly vibrant pink feather.

Tumbling out of his bed, Jason nearly lost his balance. He stood and clutching to the doorframe pulled himself out of the bedroom. Catching his breath, his eyes darting from familiar table to familiar sink to familiar garbage can, he felt a strange idea seep in. Ripping open the top of the coffee maker, he saw a feather half buried in grinds. Looking around frantically, he became aware of them all. The feather on top of the fridge. The one snuggling in beside the banana, and looking up, he saw a bright pink feather resting in the kitchen light fixture.

His immediate assumption was hallucination. What had Jason eaten that day? What had he touched, inhaled? He entered the bathroom, his toes barely over the threshold. Feathers. The bristles of his toothbrush, inside the medicine cabinet, even floating lazily in the toilet bowl. Everywhere he looked beautifully formed, plush, pink feathers. With a heaving chest and beads of sweat behind his ears, Jason slid down the wall, settling onto his beige carpet. The white walls, the blue tiles, the chrome accents all became a colourless backdrop to the feathers. He sat and waited.

Jason woke up the next morning, and rolled onto his right side. Weak morning sun made it through his bedroom window, falling upon his dresser mirror and bathing the room in a soft rose light. He stared through the window thinking about nothing in particular. Jason grinned to himself. The time was 9:05am.