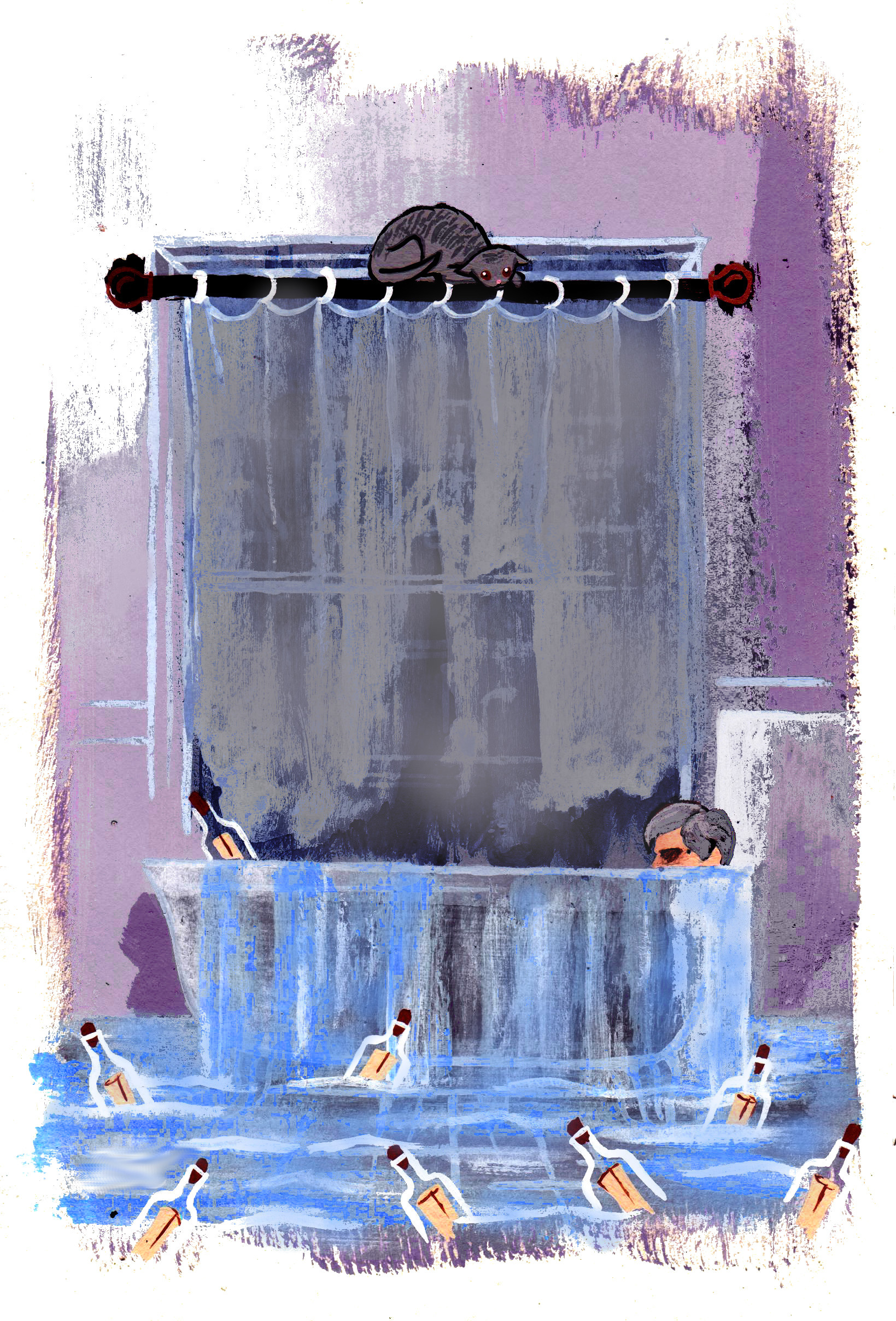 Cast Aside by Octavio Contreras

Jonathan had never been afraid of death. As a child, the grey hairs on his young mother’s head told him that even though his afternoon adventures were spent only in the company of other children, she had somehow heard stories about the tall trees he had climbed to the top of to gaze over the sleepy beach town as if it were only his. She must have seen him run, blazing down the road to jump off the cliffs and into the cold lake below, shaming the older kids that came with their families to vacation.

Somehow she knew, yet every night as she stood rigidly over the dish sink, her eyes fixed on some point miles away, he knew that she would reveal nothing about her secret knowledge.

As Jonathan grew older, he grew right out of trees and cliffs and into rum and cars. He would often combine the two to increase the thrills he chased through the night. Jonathan now appreciated the ebb and flow of the beach town as it provided a constant supply of new people to listen to his stories, and plenty of girls to watch undress and scamper into the water before they crawled into his car and into his bed. Winter didn’t slow Jonathan down at all. When he had nothing to do he would walk down the cold beach and retrace the steps of old conquests. When money was short he stole rum bottles, clothes, movies, motor oil, gasoline, cigarettes and anything else he needed to survive out from under the noses of apathetic attendants. Jonathan daringly stole in front of police officers and brazenly locked eyes with the only person who would give chase, a grocery clerk, before bolting out the door with pockets full of cheese wedges, frozen juice, crackers and cookies.

“They’ll never catch me. I’m too fast!” he had told one girl as she traced circles on his chest with a long yellow finger nail. She just laughed and began salvaging her underwear from a pile of discarded clothes.

This was all a long time ago now. Jon learned that sometimes the greatest dangers are not the ones right in front of you, but the ones that come in from the sides and wrap you up.

Jon doesn’t dance with death anymore. He doesn’t climb trees, jump cliffs, race cars or chase girls. That same grocery clerk, now a manager, watches as Jon slowly walks up the aisle with his son in tow and carefully compares the sodium levels in breakfast cereals. A slight smirk on the clerk’s face is all that remains of their old rivalry.

Sometimes, as Jon sweeps the dust out of the garage where he works, he stares a long way down the quiet road and he can just make out the shadowy figure of death calling out to him. For a moment he goes as stiff as bone and his hair stands on end. Only now is he afraid.