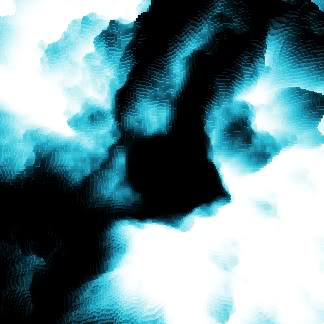 Illustration by Lakyn Barton
Heather had referred him. She knew his older sister who was “the sweetest girl ever,” and if my oldest sister suggested it, it was nearly gospel. So when John Truman called, I said yes and he came to pick me up the following evening. It was my first date.

Heather lent me a brown polyester skirt. I kept reapplying my deodorant every hour throughout the day.
When we heard tires squeal in front of our house, Heather patted my bum and told me to behave. I responded with a scowl, and made my way out to the rusty growling pick-up.

He rolled down the window as I approached. “Hey, you look nice!” he called over the rumbling engine. He reached out his hand. His fingernails were dirty. I thought of my fifth grade teacher, the one from Trinidad who would walk up and down the aisles every morning and check our fingernails to make sure they were clean. If they weren’t, he rapped them with a ruler.

I lifted my hand and he shook it hard, bumping his forearm on the bottom of the window. He winced. “Well, are we gonna have our date here on the side of the road or should we go somewhere?” he said. When I walked in front of the car, he revved the engine. I jumped a little, and my sweaty hands were shaking by the time I tried to lift the door handle.

He was laughing when I climbed in. “I’m so sorry I scared you! I was just joking around—trying to break the ice. Oh, but your face! You should have seen it.”

Dinner was at the Capitol restaurant, the only restaurant in town with a flashing neon sign. Our father told us never to visit it because the food was disgusting and the mugs were all chipped.

John told me about hay season, about castrating pigs, and about how they butchered in their shed even though they weren’t supposed to because of “all the crazy health and safety crap.” He asked me what my dad used to do when he was still alive, what my favourite class was, and did I like working in tobacco in the summers. I didn’t love it but the money was better than picking strawberries. He said, “I think I’d rather cut the balls off pigs than work with all the Mexican immigrants, but you do what you have to do.” I gave him short answers, and he seemed to appreciate that.

The food was better than I thought it would be, if you could get over the slight taste of cigarette ash. He finished his meal long before I did, and kept watching my fork move from my plate to my mouth while he talked.

He told me about their barns cats, how they loved to lick up the pigs’ blood in the shed. Sometimes Scooter and Mittens would climb up the wood siding of the house and cry at John’s window at night. He demonstrated, his hands balled into little paws hanging off the edge of the invisible windowsill between us. His little meowing kitten face had me snorting chocolate milk up my nose. He couldn’t resist the little critters, and he’d let them in his room overnight. Then he shooed them back out in the morning before his mom found out the grubby little creatures had slept all over his pillow.

After dinner, he suggested a movie. I would have said no, had it not been for the way he talked about the cats. We wouldn’t have to talk anymore in the theatre, and besides, Heather had suggested him. We drove to Stanford where the theatre played two movies. I forced a giggle here and there through the comedy to match his wet snickering. I kept my eyes pasted on the speckled screen when I saw out of my periphery his pimpled face turn to look at mine.

On the ride home, he rambled until he informed me he had to “go, if you know what I mean,” with a wink. He pulled over on the shoulder of the gravel road, slammed the door, trotted past the front of the truck, and then to my surprise, wrapped around the side of the vehicle, passing me, and stopping near the rear bumper. I whipped my head forward and glanced into the rearview mirror and caught him urinating on the back tire.

The next time he called, Heather told him I was unavailable.