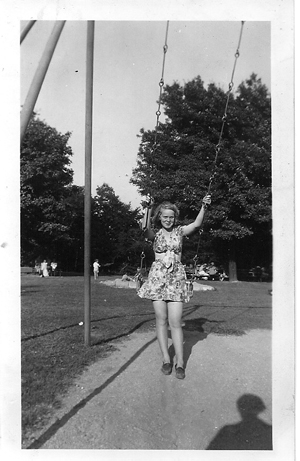 Were they hiding this?

I saw it. It was inoffensive. It was rational that it stood on its own, as stately and customary as it was: a testament to normalcy. So unsuspicious.

You see, in the house of a large family, there are always items that must be understood as, simply, the bi-product of children: untouched candy in a tucked-away place, a worn out doll sitting with hands poised, waiting for tea fashioned out of water and a plastic cup. An army fixture halted mid- game, guns at the ready, sits in a dark corner or under furniture, hoping for an eventual end to the war. In this house, during this day alone I have seen one card game left to its own tricks, sprawled across a discoloured carpet; two inflated mattresses, enjoying the sunlight while floating evenly across a pool, slowly deflating through ill-fitted patches in the material; three pictures on faded paper – two, perhaps, vandalized by the creator of the third, as a red dash of marker has been smeared across all the available paper and then abruptly stopped, interrupted in process – and lastly, four pairs of shoes, eight children’s shoes, left and right, thrown everywhere, really, just a mess.

But, this was placed in the basement of the house, in the cold storage room, behind a blue tote, behind a box labeled “Baby Shoes”, smothered under a pink sleeping bag. Sleeping, this majestic item stood.
I think children are capable of great things. Mainly, great destruction. I estimate their capability for such planned oblivion is lacking.

No, it was parents – that selective breed – who placed this object here. Or perhaps hid it. I cannot be sure from the evidence provided. But I do know that in busy houses like this, there can exist such silent markers.

I remember many years ago that I watched, as a neighbour who babysits always watches, the father of this house step into his backyard. In his rage and pain, he swept across the overgrown grass, gingerly lifted the baby swing on its untouched chains, and – in a moment of depth that cannot be understood by a stranger – ripped the seat from its place and carried it inside, cradling it in his arms.

And now I face the past again. This dark and undisturbed place behind the tote and box, behind the sleeping bag, behind the school lunches and sports matches and schoolyard squabbles and all that is and is to come – the baby swing is seated in its sacred secret.

I gently cover the symbol of a parent’s heart – more cherished than an unmarked grave, or a nameless jar of ashes – with the pink sleeping bag. I let it sleep again.