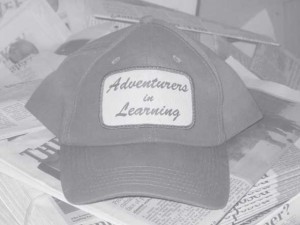 Every two years I get a phone call from Statistics Canada regarding their “Youth in Transition” research study. Basically, they grill me for about half an hour with scripted questions, the answers to which will give them “a better understanding of the needs of youth.” It’s funny they would call tonight, just as I sit down to write this article for Mike.

We all go to university for our own reasons, but I’ll bet most people you ask say they want a degree so they can get a decent job. Deep down we (should) all realize it doesn’t guarantee anything.

I know this is true, because almost one year ago I finished school and started looking for work. Despite having a degree and a post-graduate certificate, it took me a fair bit of time to find a job, even after moving to Toronto, which is a large job market.

During my Stats-Can interrogation, I felt a twinge of unease when the interviewer asked about the gap of activities between May and September 2003. You weren’t in school or working during this time? In May? June? (keep going) July? August? (one more) September?”

That gap was the time I spent looking for work: firing out my resume, going to interviews and selling that piece of paper in which I had such faith.
It would be foolish to say a degree is worthless, because almost every entry-level job description I saw required someone with either a degree or two to five years of experience. It is, however, imperative to note that a degree is not even close to being the most important thing on your resume; you need a lot more than that paper to prove that your education (thousands of dollars worth) is worth anything.

If you value your degree, you should be relatively happy to hear this.

Think about it – you must know at least one person who has or will have a degree, but is still a complete certifiable idiot. At least employers are looking for qualifications other than a degree, giving you a chance to set yourself apart from the idiots.

I’m not a job coach. Just realize you need more than a degree to prove your worth. As far as Statistics Canada is concerned, that piece of paper merely represents where school ends and a gap begins.

*In retrospect, it might actually be worth lying about getting a degree on your resume if you’ve come just short of actually graduating. In fact, I recommend it. However, I don’t recommend getting caught. On a side note, I actually managed to loseWeight Exercise my degree. After grad, I put it in my room and it disappeared. So far, it doesn’t seem to have mattered much… What does that prove?