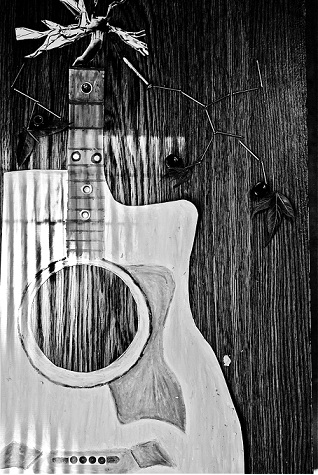 Right now, I’m sitting in a giant air-conditioned tent on a 700 acre farm in Manchester, Tennessee. Music is blaring from outside the tent, and hundreds of people are drinking and enjoying themselves. I’m still quite far from the action. About 5 acres away, there are nearly 80 000 people having an even better time, listening to an eclectic gathering of musicians on several different stages. By tomorrow, I’ll be able to add the Kooks, the Avett Brothers, and Radiohead to the list of my favorite bands I’ve been privileged enough to see live. The next day, I can add the Red Hot Chili Peppers and Alice Cooper. Yes… Alice Cooper… That’s not all. The next and final day, I will witness live performances from Ben Folds Five, Bon Iver, the Shins, Phish and wait for it! The pièce de résistance… The Beach Boys! I’m at Bonnaroo, and I’m soaking in every second of the music and culture.

Ever since I was little I wanted to experience a music festival. I used to watch the Woodstock documentary with my Dad at least once every other week, and I couldn’t wait for the day when I could live through something close to the Woodstock experience for myself. Music has been a huge part of my life since I was a child and it’s always been around me. My best friend is the greatest musician I’ve ever known and our nights usually consist of buying an album and driving around until it’s done. Then we would probably put on another one (or two) and just keep driving.

I’ve been to a countless amount of concerts, but there’s nothing like experiencing a music festival where people of all walks of life gather for days to hear non-stop music from different genres. I went to Lollapalooza with friends last year, and though it was a wonderful experience, not all of the music and genres grabbed my attention. I was hoping for the Woodstock feel, but I soon realized those days were long gone. I was experiencing a new generation of music and listeners that didn’t particularly resonate with me… Until I came to Bonnaroo.

When I was at Lollapalooza, I felt bombarded by advertising and an industry of “cool” rather than being able to experience the music and the culture of the festival. To me, it just seemed like three days of groups trying to look badass in front of a massive audience, all the while, the audience was trying to emulate the level of cool they thought the musicians were promoting.

At Bonnaroo, people are dressed in tie die, ripped shirts, bathing suits, long hair and beards and have sun screen on their noses. They aren’t here to buy things or into a culture based around being cool… They’re here solely for the music and to have a good time with those they’re with. They recycle everything, they help out when someone needs a hand, and when someone bumps into you they turn around and apologize for their mistake. The greatest of their qualities is that they dance, and not like the choreographed dances you’d find on Much Music and MTV. They dance how they feel. It’s a simple and beautiful expression of how involved they are in listening and experiencing the music that surrounds them. I’m finally home.

As for now, I’m getting ready to go into Centeroo to experience some new music from musicians I’ve never heard before. Tomorrow, and the two days after, I’ll be as close to Radiohead, Alice Cooper and the Beach Boys as I possibly can be. If you weren’t able to make it to Bonnaroo this year don’t worry, I’ll probably see you here next year.