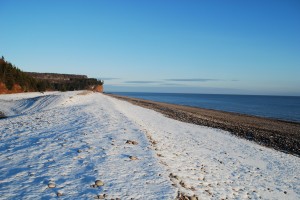 A school I attended for two years had a strange obsession with rigid sex separation. Boys and girls were never allowed to be on the playground equipment at the same time. Access to the teeter-totters, slide, and creaky, wooden jungle gym was only available every other day. The boys had their “Boys Day” with the playground and the girls had their “Girls Day” the next day. On the day the unfortunate sex were restricted from the equipment, they had to learn to make forts out of leaves or play four-square on the basketball court. If you dared to attempt getting on the sacred jungle gym on an undesignated day, there were more than a few kids willing to rat you out – especially the beastly brats in grades one and two.

I remember a time during the winter when there was a layer of ice over the snow – you know, the type of ice that would gash your face if you fell off your sled – and the boys were sledding down the “Boys Hill” on one end of the school building and the girls on their “Girls Hill” on the other side of the building. Both hills met at the same spot and many accidents happened. Not being a very well-coordinated child, I fell off my saucer and hit my head on the sharp, icy snow. Nobody kept track whether it was “Boys Day” or “Girls Day” on the playground equipment during the winter, so I decided to lay down on the jungle gym and rest my aching head. My presence did not go unnoticed by a certain boy in grade two. He waddled over in his snow suit and chewed me out for being on the unoccupied jungle gym when it was “Boys Day” and threatened to rat me out. Did I care? No. I had hurt myself. No reasonable adult was going to discipline me for what I did. This is how aware we were of these illogical rules of separating everything between the sexes.

The swings were another matter. The three swings on the right were the girls’ swings and the three swings on the left were for the boys. We girls were told to swing facing away the playground so the boys were protected from seeing up our skirts. I became an expert at swinging with my ankles crossed.

I also recall when a boy in grade one and a girl in grade two landed themselves in trouble for playing together too much. Their mothers were close friends and they often had play-dates after school, so it was natural for them to want to play together at school. They were even in the same classroom! The other boys and girls did not like these two particularly well, so they were friendless after being separated. I was and still am confused at this situation. What was the school’s point in arranging children’s bodies so strictly? As an eight-year-old with an older brother with plenty of friends, I didn’t understand that boys and their bodies were so taboo until I went to this school. Creating such a strong binary between bodies must have had some psychological effects in later years. Although I left the school early on, I distantly watched the kids there as we all grew up. Love-struck highschoolers tried to slither around the rules (maybe sitting five inches from each other instead of the usual six). Sometimes they succeeded, but most times they failed. A number of outcomes resulted as my peers entered into adulthood. Some kids became extremely timid of the opposite sex. Others turned out to be douche bags and harlots. Most kids turned out okay, but a few of them did exactly what the school’s rules did not take into consideration. Those few of both sexes turned their attention completely on their own sex. Oh, if only that school knew who became who.