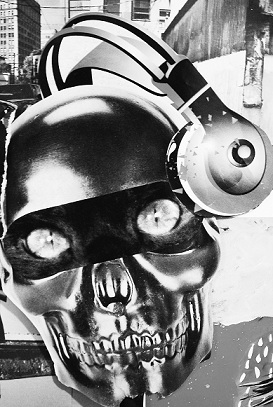 I arrived at the hospital on March 14th, less confused in the Emergency room than I was the day after, accompanied by security towards the short-term psychiatry unit for adults. I was 19 – barely making the cut, skimming the surface of “adult”. I soon found out that I was the youngest patient in the ward. I hesitantly entered the unit, initially blinded by the fluorescent lights, and carefully observed my surroundings like a laboratory rat placed in a maze for the first time. The entire thing seemed bizarre. An uncomfortable combination of curiosity and fear grew rapidly within me, traveling through my bloodstream and devouring me whole. I said nothing.

As she exited the room, I sat on my new bed, staring open-mouthed at an unfamiliar window, closet, and night table. I didn’t know what to expect from my situation, but I wouldn’t have guessed this. A clear, high-pitched voice broke the mind-numbing stillness of the room, floating around my head in pop splendor. Soft piano chords followed closely behind the mysterious voice and finally led me to stand up, bewildered and disoriented, to intriguingly approach the unknown. Who was singing? Where did the piano come from? I walked apprehensively down the hall as the music increased in volume, each step more shaky than the last. I turned a corner and suddenly entered the recreation room where I saw two things: the girl whose voice had been a puzzle, and an old, woody piano. I stood there listening, mesmerized, and all at once I felt a sense of comfort and relief. Everyday for a week I listened to her play and sing, until she was transferred to the long-term unit and I never saw her again.

On the day she left, I found myself sitting on the piano bench, progressively enchanted by the wondrous musical device that I was just beginning to re-discover. My 12-year-old self did not care much for the instrument when my mom had enrolled me in private lessons, but somehow, on the brink of my twenties, I marveled at its unrivaled sound. During my second week at the hospital, I became increasingly friendly towards my fellow peers and developed an interest in snacking and group therapy. This was a positive change from my previously withdrawn demeanor. Access to the piano permitted me a chance to experiment with noise, melody and self-expression. I realized that it provided patients like myself the ability to utilize our imaginations, and serve as a creative outlet in an unlikely place.

A red-haired girl was admitted to the unit around this time and, upon arrival, instantly situated herself in front of the piano and would continue to do so daily. She played the same three songs each day at around the same times. I would sneak to the piano whenever I had a chance, but soon the girl would confiscate it and I would have to share. I wanted it all to myself. As my comfort with playing intensified, the contentment and security that I felt within the unit swelled tremendously.

On my third and final week, I was evaluated by my psychiatrist who expressed to me that I was well on my way to recovery. A few days before my final night at the hospital, a small, black-haired female was admitted to the unit. I noticed that she kept her head down at all times. She reminded me of myself when I had first arrived, anxious and desperate, as I reflected on my uniquely helpful experience. With everything packed, I said good-bye to my beloved room, and walked down the hall for the last time. As I passed by the recreation room, I stopped. Not because I wasn’t ready to leave, but because my ears were instantly filled with a classical, highly complex piano tune. I peeked inside and recognized the black-haired girl, whipping her lengthy locks side to side in ferocious enthusiasm. I said nothing.