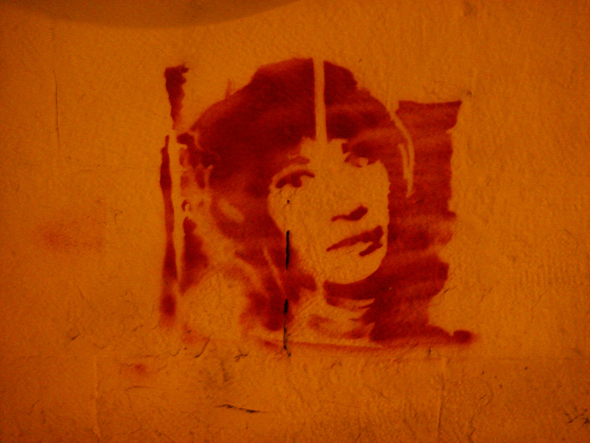 No one says it better than Amanda Palmer. I am, however, hesitant to truly want to see the reality in that line, but I can’t deny how well this summarizes our narrow perception of gender, relationships and sexuality. It’s a little general, and a stark description of how complicated and diverse relationships between the sexes can be (and let’s not forget, a pretty heterosexual viewpoint!). It is however, a humorous way of stating the two most prominent relationship ideals: men are preoccupied with simply getting off, and women are looking for love. This is an idea worked into our very core, and we’ve become too accustomed to it.

I’m going to start by blaming a few obvious sources: Parents, the media, and capitalism. No surprises there. I would like to blame parents, but to be fair I would like to blame their parents, and their parents too. The accumulation of gender ideals starts in the home; when you watch your first Disney princess movie, or make Barbie and Ken get married. Boys, however, have no history of such plastic romantic endeavours. They spend their time mowing things down with trucks, and maybe making some heroic looking male action figure save the day. I wouldn’t doubt that there are people who experienced a completely different childhood, and I hope that in the future this will be the case for all children. Yet, gender is still commonly “taught”, and at such a young age, we learn these things without even knowing it. Toys are practically a tool of gender construction, making relationships immediately more desirable and comprehensible for girls, and men, nothing of the sort. Parents also directly award certain behaviours (mostly unknowingly), allowing their daughters to be more emotional, and being stricter with their sons in terms of acting out of sentiment.

Then we grow up a little, and become a scary army of pre-teen consumers. If you avoided this in those unbearable years, hats off to you. At this vulnerable age, you’re practically living tofu, mouldable and tasteless, ready to become whatever it is that’s desired. Sexuality is still a bit of an enigma as well, but someone is telling you what kind of sex you want, with who, and how you should go about accomplishing this. It’s hard to accuse exactly who is doing this, but you don’t have to look hard in our culture to see the idea of woman as romantic, and man as a thoughtless sex-crazed maniac. How is it that men “score” and women “get knocked up”? Why is a female who sleeps with numerous men a “slut” and a man who does the same a “pimp”? Why is it when women get married, it’s “their day”, and the man is presented as barely having any say in the organization of the wedding? It is clear, that both genders desire both sexual satisfaction, and also the comfort of stable relations. However, somehow it has been decided that it is “natural” for women to seek commitment because of their apparent domestic “calling”. It has also been decided that men naturally need to have more sex, and that it is ok that they satisfy this need in whatever extremes it requires. These extremes include rape, sexual harassment, and all the violence and sexism in between. We have become all too accustomed to the idea that men have the right to be sexual without consent, this is not normal. I’ll avoid citing the depressing violence against women statistics, in hopes you’re all aware of them, if not, get enlightened.

Let’s not forget capitalism! Out there someone is benefiting from low-self esteem in women in every product designed to make them more desirable. Someone out there is benefiting from that blinding diamond ring he is obligated to buy you, because it’s apparently “romantic”. The idea of using romanticism to sell things works, because in our society, to be alone, is to be some sort of unlovable monster. So of course we buy into it, completely convinced it’s going to get us a date, sex, a partner, a wife, a husband. It’s a hard thing to admit, but romance plays a big part of consumerism, and it is only a big deal because we’ve been made to think it is. Not to say that romance can’t be wonderful, fulfilling and live independently of consumerism! We do however have to be aware and careful of what we expect of our partners, and perhaps experiment without specific relationship roles.

We need to get better at recognizing that both genders should be doing equal amounts of these two things (preferably less crying and more masturbating). We can blame our parents all we want, but now the onus is on us to recognize both genders as human beings. We need to get use to the idea that men can be emotional and loving, and women can be sexual and aggressive. Perhaps it may be scary at first, as a woman to be an initiator of a sexual experience, or as a man, to show and express emotional feelings for someone else. But let me assure you, the more we blur the lines of gender, the more love, sex and happiness we will ALL experience.