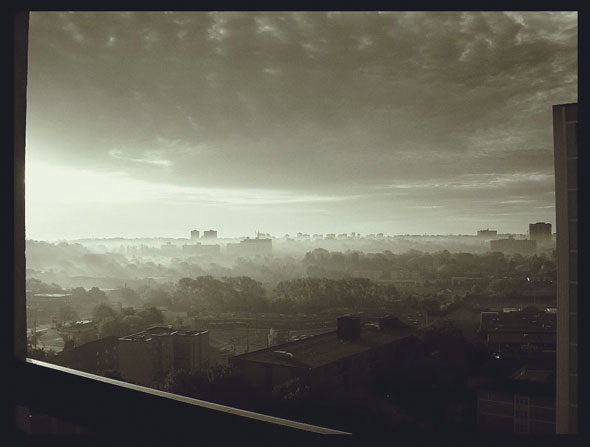 I stand at a threshold between two worlds. It is a boundary that used to be celebrated but is now dangerous. With massive cuts to university research funding by the government and the corporatization of the classroom – where research grants are becoming increasingly tied to transnational corporate giants, academic activism has largely disappeared.

By the ignorant or misinformed, most activists are seen as either ‘just dirty hippies,’ or through corporate media’s misinformation campaigns, as violent mobs. Regardless of these attempts at marginalization and dismissal, modern day activists are at the periphery of society. They are some of the few willing to take action against oppression and injustice. Many activists will put their personal safety and freedom in jeopardy for people they have never met. When solidarity is requested by a community facing a desperate situation, many activists will inform themselves on the situation and help in whatever way they can to rectify the wrong.

It is a sad state for humanity when a compassionate being is at the periphery instead of representing the status quo. Compassion for the well being of others, especially when you are in a position of privilege, should not only be the norm, it should be a required mindset for an individual’s inclusion to a community. It is social sustainability.

If a community member acts without thoughts of possible impacts on others, than the community will fall apart and a game theory, everybody for themselves kind of society, one that is largely accepted today will ensue. To create communities that resist the winner take all mentality, anti-oppression, non-violence, sensitivity, and non-hierarchal consensus training will provide a baseline of respect which can be used to foster compassion and co-operation and increase community resilience.

Activism requires not just dedication and compassion, it also requires information. Some media loves to highlight and will repeat ad nauseum when a protestor stumbles over their topic. But if the goal of the action is to inform and inspire, there is nothing worse than not getting any attention for your action, and if you are not deeply informed on your issue media will simply ignore your message.

And this brings me back to the double edge sword that I find myself balancing on. School gives the opportunity to gain the abilities of undertaking true in-depth research. Though certainly you do not need university to gain such skills, the intensive nature of academic research allows a student to wade through all the misinformation presented in the corporate media. The critical ability to disassemble arguments that are presented by academics and others who may have limited abilities to present the whole truth due to their funding sources is also a requirement for activists and academics. When research is being released that is being paid for by the corporate oligarchy, it has to be heavily scrutinized. As one of my favourite professors said about a certain university of Manitoba professor who was releasing intentionally misleading climate change research “scratch at the skin and you will find that oil is not too far below the surface”.

Yet, if I publish what may be inconvenient research or take my research to the mainstream to expose injustice, I risk being prejudiced against by research institutes, granting agencies or universities and professional organizations. If the work upsets the corporate donors that universities now depend on for their survival, or questions the findings of an influential, well connected and possibly profiteering academic, it is likely that grants will be lost or not awarded, contracts could go without renewal or the publishing industry may be forced to black ball me.

There seem to be few academics willing to take the stand for what they believe is right, even though they have spent their lives gaining the skills that are required to make the changes they may want to see in the world. I’ve barely started into this path of lifetime learning, research, and action, but it is already feeling like a magnet is trying to pull me to the level of status quo, just a job with privilege.

Standing on the edge of society as an activist is one thing, but the slow march through school to get that piece of paper without taking advantage of your position is a waste of your humanity. We must start using the skills we learn to take activism back from the periphery and make it standard practice to care about one another.