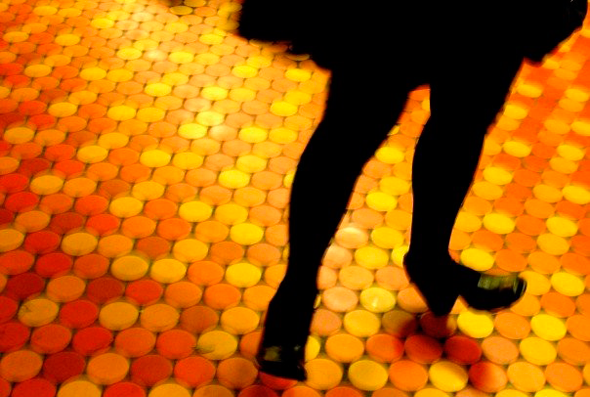 In the Metro, Hayley Lewis

A dark night, probably around 1 o’clock. You’re sitting in a subway car that’s mostly empty. You and about seven other people commuting home from whatever, wherever. It doesn’t matter, as long as you get home soon, exhaustion is setting in. Walking for dozens of kilometres does that to you and the fast food “nutrition” you ate earlier didn’t help, just ebbs away the pangs of hunger eating at you.

And in the dark we will take off our clothes and they’ll be placing fingers through the notches in your spine.

Suddenly you’re inexorably lonely, and as the train pulls into the next station a boy walks on, not a fantastic boy, nothing spectacular. He has ruddy brown hair cropped above his eyes, a blue shirt, a black hoodie, and a pair of jeans. He’s plain. He’s ordinary but this boy that otherwise you wouldn’t even glance at with any sort of meaning is now everything. You want him, your eyes follow him needily, your heart catches and you hope with your entire being that he sits next to you, that he says hi, that you have a conversation, that you get his name his number his email, anything. And you hope that later, he kisses you, that he wraps himself around you and allows you to breathe into his plain blue shirt and melt into his skin. As he walks onto the train, he glances along it and he sits six rows of seats down from you, nearly at the opposite end of the train.

And I’m watching spirals of white softly flow over your eyelids and all you did will wait until the point when you let go.

And there he is six rows, 9 metres, 15 seats away from you. You could easily walk over there, sit down next to him, start the conversation yourself. It could happen, you could still talk and touch and kiss and get everything you need right now. Yet, you sit there staring at him, staring at his unspectacular dark brown eyes, his mud coloured unoriginally cut hair. You sit there needing human contact. Watching him, one, two, four, six more stops and he stands on that sixth, and you almost stand with him but you don’t. You watch him as he walks off the train and hugs a girl on the platform there, a girl as delightfully plain as he is himself who just happened to be waiting for him.

Then press yourself against whatever you find, to be beautiful and trembling with life.

And I want to shoot all the superheroes from your skies, watch them bleeding from your ceiling. As their empty anger falls out from their eyes.

And now you’re wondering, was there ever a perfectly plain boy who was watching you on a train and thinking the same thing. How many times had someone wanted you to sit next to them on a train and say hi, how many times had an opportunity passed you by. You’re lonely again, no longer angry, just lonely and sad at how many times you could have sat next to a boy in a blue shirt and jeans and didn’t say hello. You have no more animosity for this hateful, intolerant world. You’re simply sad and you want a plain boy of your own to hold you, like any other human in this world would want.

Two-headed boy, she is all you could need, she will feed you tomatoes and radio wires.