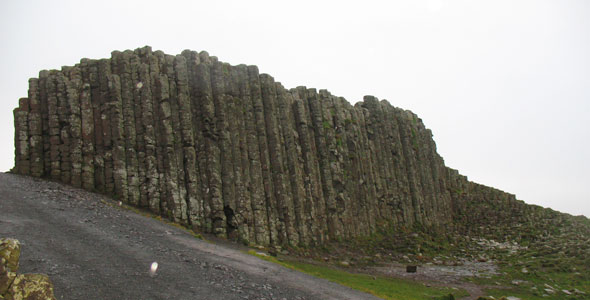 This was a possible one-way adventure, I knew that. I knew the dangers I would pass and the challenges I would be faced with would possibly be of epic proportions. The slide into the determined hopelessness of a suicidal yet necessarily successful task was familiar – Frodo’s feelings as he carried the ring through the dead forest of Ephel Duath on his way to exploit the energy found through the crack of doom. One of the smallest of the bi-pedal sapiens undertaking the species’ most important task.

To reach my potentially fatal destination I crossed oceans in the air, traveled lowlands by unhurried and forested velo paths, and floated on ancient seas in the night. I was taught tactics and co-ordination by feathered winged Friesian fighters, learnt consumption secrets from unknowing prophetical Walloons, and powerful hypnosis by giant beatles where Penny Lane runs to the water’s edge. Local tonics and spirits straight from the source kept me refreshed as I drew ever closer to my goal. Local populations sustained my body through thoughtless charity, some knew the potential gain of a successful mission.

When I was first told of my risky charge, shortly after arriving in the continent’s Biketopia, my sworn responsibility to take action in times of dereliction and exploitation was immediately invoked. The assignment seemed simple at first: convince a hero of the land, a giant of lore to once again rise-up and battle – through open challenge and subversive actions – the powers that act to undermine his own freedoms: the freedoms of the people in his protectorate. However, after being informed of how I would accomplish my task, my understanding of the possible impossibility of success overcame my rationality.

Reclaiming my sanity on approaching the precipice of engagement, all my training coming to the fore, I had wishful courage pumping from my heart and Dutch fungus running through my veins. The shores near Whitepark Bay are protected by high cliffs which are punctured by caves. I scaled down the red walls and approached the Giant’s Causeway – a built relic of myth and the home-site of Fionn McCool.

“I’m Dan the Traveler and I do challenge the giant of this land to re-engage himself in the struggle against ongoing homogenization, destruction and selfishness and fulfill his ancient promise.” A response was not elicited and I climbed up the rain drenched polygonal pillars of magmatic creation and again challenged: “Be once again, Fionn McCool, a noble defender and champion for your people. Answer my call and be ready for my challenge.” Now the only response was the thundering of the waves against the cliffs 10 metres below my feet.

I left the causeway and made for the caves – the heavy boot from an ancient battle stood solemn on the beach, blocking my advance. The high rock gates of the giant’s home were not easily accessed. “Fionn McCool! New generations need you, as much as the old did, you may be more important now than then!” Another challenge was left unheeded. Why would this hero not emerge from his self-shame-imposed isolation?

I found the petrified eyes of giant foes, and high blood-red rock lookouts to search for Fionn, but the effort was in vain, this legend was not to be found. Another champion unable to surface after the crushing force of colonialization through compulsory cultural re-education taught through the barrel of a gun. The legends and lore of the colonizing agent are forced on the newly oppressed and this propaganda erases their cultural memory in an effort to instill beliefs of self-inferiority.

The ancient legend was not ready for action in today’s world, and for my task’s failure I was forced to consume the entire bottle of challenge Whisky, a feat which when split between opponents is still dangerous. Slow and steady may win the day, and cautiously along the forbidden trails I continued on in my search.

Surely a hero of mythical proportions still exists in the world. One capable of energizing the spirits of the oppressed, empowering the marginalized and the agents of equity to believe once again in the right of self-determination and personal autonomy, freedom will once again be achieved. These heroes have to be discovered and engaged, and their heroic deeds wait to be remembered in legend, lore and myth.