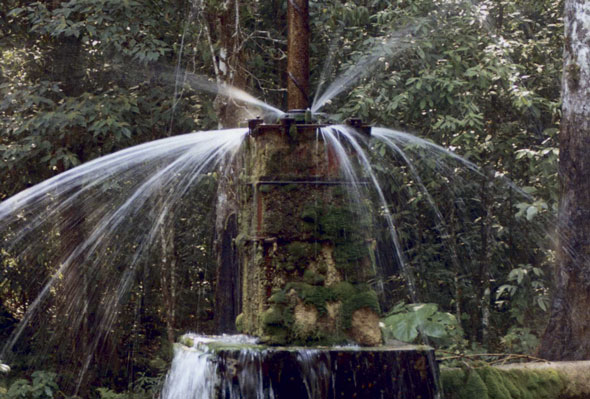 The state of our environment hangs in a delicate balance. A once flourishing planet has been obviously replaced by a polluted, factory-filled wasteland. Just look around you. Look around a modern, urbanized city. Watch the news, listen to the reports, read the newspaper; environmentalists, activists and politicians alike are screaming to be heard: “Our environment is in a critical state.”

I’m sure that there have been numerous situations where the environment has had drastic changes and it always seems to repair itself just fine. What makes anyone think that this time will be any different? Isn’t it natural for the environment to go through changes? If you look at past data this is certainly true. The temperature of the earth fluctuates every few million years. It’s just the way it is. It’s a cycle, a natural cycle. Perhaps now, in the age of ‘global warming’ the fluctuation in the temperature is a little higher or lasting a little bit longer than usual. But not to worry because the earth has its very own environmental thermostat. This thermostat is able to help regulate the amount of carbon dioxide in the atmosphere. (Which is, of course, one of the main causes of global warming since carbon dioxide is one of the most prevalent compounds in greenhouse gases. For a point of interest, water is also one of the most prevalent compounds in greenhouse gases.)

Since the amount of carbon dioxide can be regulated (excess carbon dioxide is stored in rocks in the ocean) we shouldn’t need to worry about global warming, even though it may be happening. This is true unless the rocks at the bottom of the ocean become saturated with carbon dioxide and are unable to store anymore, which would result in the environmental thermostat becoming breeched. This will probably happen eventually, and when it does, our earth will no longer be an oasis of life, but a dead planet with a thick, heavy atmosphere. This is the most likely possibility, but there are many other ideas on what might happen to our planet should the greenhouse effect become extreme. But this won’t happen for at least another fifty years. So what do we have to worry about?

With that said, is it really worth trying to change our entire lifestyles in an attempt to make a difference in the state of our environment? It won’t be easy. ‘Flicking off’ a light certainly isn’t enough to stop the greenhouse effect. It is much more complex than that. First off, we would have to replace all fossil fuel burning forms of energy with renewable energy sources, which is quite a feat in itself. While we are at it we might as well stop breathing. Also, we’d have to stop consuming many of the things we consider necessary goods, such as clothing, for instance. I mean, of course we’d still need clothing, but not clothing that is massed produced in a foreign country. Instead we would have to wear locally grown organic fabrics sewn individually. We would need to own less articles of clothing, and thus have less fashion choices. We would also have to keep clothing in circulation longer to prevent frivolous waste. Food would also have to be local and organic, which means no fresh fruit or vegetables in the winter months. Also everyone should probably become a vegetarian. And stop traveling.

I’ll stop there. Will you?