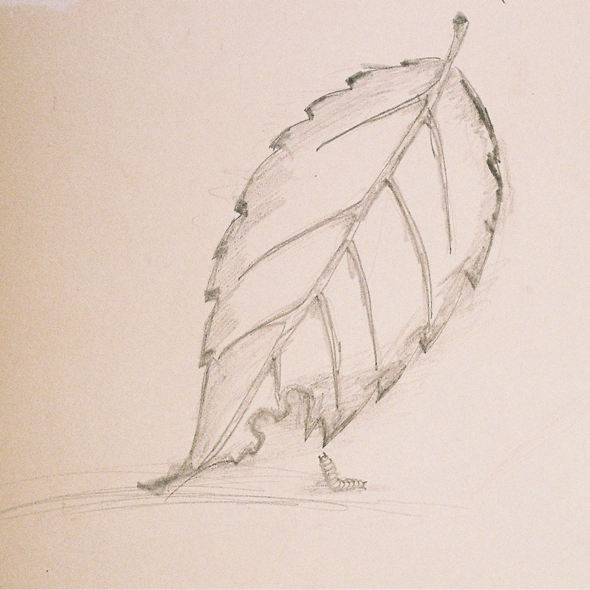 The phrase “human nature” gets thrown around a lot when discussing how things got this way. When I say “this way,” I’m referring to the violence that underlies most everything this culture does, from killing aboriginal peoples for their land (and the oil under it) to destructive bottom trawler fishing practices to factory farming to industrial pollution and dumping toxins into the water.

“It’s just human nature,” I’m told when I bring examples like this up. “We’re greedy. Look at every war that’s ever happened – people fighting over resources. Oil, land, metals, water.” Now, that’s true if by ‘ever’ you mean the most recent 10,000 years or about 4% of homo sapiens’ time on this planet. The fact is there were people long before there was a cultural imperative to own and control the world. There were people long before there were mad ideas like empire, money, gold and oil. And we were doing just fine. A very few of us still are – those lucky few our culture hasn’t conquered yet and given the unpalatable pseudo-choice of “convert or die.”

This idea that human beings are inherently bad, destructive, sinful caricatures is not just absurd; it’s dangerous. We live the story we base our lives around. As Tony Robbins will tell you (and sell you), you can change your life by creating the story you want for yourself and then repeating it to yourself over and over again. Write it down fifty times a day and you won’t be able to help living it. And that’s exactly why we live in such a destructive way. We hear the story hundreds of times a day, hidden in the underlying and undeclared premises of every story we tell each other. Let’s have look at a headline from BBC News:

“US edges closer to bail-out deal: US Republican and Democratic Party lawmakers have said they are getting closer to agreeing [on] a massive rescue plan to aid the financial markets.” The unspoken premise? The financial markets need rescuing. We need economic expansion to continue as a prerequisite of life. We need to value the economy and maintain it more than we need, say, healthy rivers or polar bears or ducks. It is human nature to indefinitely grow our material wealth and anything that threatens the economic system threatens us. Conflating ourselves with this culture of greed forces the conclusion that we are in fact the inherently greedy, destructive monsters I’m often told we are.

Even outside of the media, the common activities of daily life reinforce the same story. You and I need to work to get money because money can be exchanged for the necessaries of life – food, shelter, water. The thing is, food doesn’t come from the grocery store except in our imaginations. The world is made of food, except where our culture has torn it up and paved or monocropped it. Drinking water is free for all living beings, except where our culture has dumped toxins into it, sold it to private corporations or dammed it out of reach.

Well, if the way we live doesn’t reflect human nature but this culture, what is human nature? How can we separate the culture from the inherent traits if we’ve all been raised here? Like a frog in a well, how can we have any idea what that circle of light way off in the distance is? How can we know what it is to be out in the open air when we don’t even know we’re stuck in a well?

That’s a great question, and one I’ve been reflecting on a lot since I returned from a brief solo journey into the Canadian wild. I intended to go for a month and brought a 47lb pack, well prepared for every eventuality. I had a fine First Aid kit, more than 16,000 calories of food, a wool blanket and plenty more. I had a wealth of knowledge in my head on primitive living skills, from shelter to water to food. I could have lasted at least nine days with the food I brought, even if the area wasn’t well populated with raspberries, cattails, lily tubers, snakes, frogs and rabbits. I was there to meditate, to reflect and to think about whatever came up – to get a taste of the life of my ancestor from 20,000 years ago; to learn the ancient lessons that are written in the rivers, trees and rocks of this place. I stayed a mere four days, but learned a powerful lesson. By the fourth day, I was hopelessly depressed despite the relative serenity and beauty of my surroundings. I was becoming unhinged and I knew exactly why. As it turns out, the lesson I was to learn from my trip wasn’t written in the rivers, trees or rocks. It is deeply carved in my genes and in yours; in my psyche and in yours.

I was depressed because I was lonely. Like fine wine or an ingenious play brilliantly acted, the beauty of the place was completely meaningless and hollow without someone to share it with.

I packed up my gear and began the trip South, towards a town and an eventual bus ride home. As I walked, a motorist pulled over to offer me a lift. I accepted, grateful not for the ride so much as the company. The man, a carpenter, told me about his family and his work and his irresponsible brother-in-law. It was no great story in the traditional sense – there was no particular excitement, no adventure. Listening to the man tell his common, almost predictable story, however, I was absolutely captivated.

Human nature compels us to socialize and tell each other stories. We certainly don’t need oil, slavery or deforestation to do that. Maybe if we start telling each other a different story – one in which homo sapiens is a part of the community of life rather than its tyrant, we can see the end of this destructive culture. All we need is a better story.