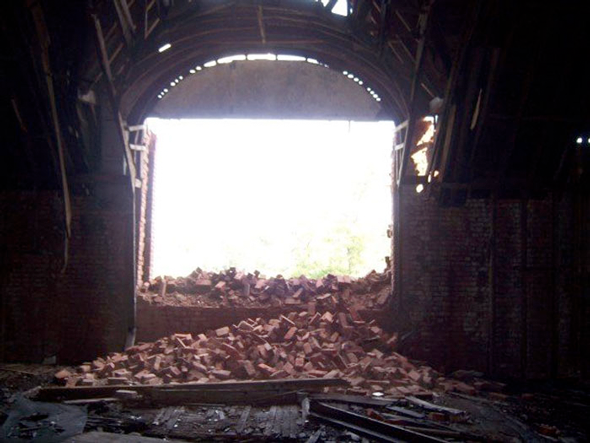 As a Gerontologist, Master of Social Work Candidate and a front line worker in long term care, people always ask why I think death can be a beautiful experience. I see the beauty. When someone is ready to pass, or they believe something or someone is waiting for them in another life, there is often such a sense of joy that emanates from them, even if they are in physical pain. When surrounded by a group of family, friends and loving staff, all celebrating your life, how can your death not be considered beautiful?

When I was off of my home floor at the long-term care facility for a few consecutive days, I had just begun my last shift when one of the nurses suggested I visit Marcus because he was not doing well. Expecting he would be the typical end-of-life stage resident, I went down to my home floor with visions of Marcus in bed either unresponsive or in agonizing pain. I was surprised to see him in his sitting room with his wife of 70 some odd years. I knocked and entered to see him and his wife light up and chime, “Oh, there’s our little girl!” as they often did in my presence. I sat down with them and asked Marcus how he was doing. This 100-year-old man said to me in the most nonchalant way “oh not bad! It’s just that nothing is working right!” I could hear his laughter amidst his heavy and deep coughing.

Sure, he was dying, in a wheelchair and relying on the use of oxygen for his next breath. Sure, he was on a cocktail of painkillers and rang his bell frequently for assistance. But I can assure you, this was the same Marcus I had always known and loved. A chipper man of few worries or concerns, his main care was his wife. He had been in the organization’s assisted living suites for some time before there was availability over in long-term care, so he would be able to join his wife; her struggles with dementia meant she was always asking us where Marcus was. She lost faith daily that he would come and visit as always, convinced he had found another woman or had forgotten about her. Daily reassurance was what we provided until finally they had a room together.

At each meal, he pushed her in her wheelchair as she held onto his walker out front. “Hello!” they would chime cheerfully as they made their way down the hall. Each time they passed by I thought, “He’s pretty good for 100!” I remembered his 100th Birthday, the second I had witnessed since I had begun working there a year or so prior. I signed the big banner his family had put up on the wall, right beside where I had helped his wife sign. I’m glad I signed that precious banner. Looking back on it now, it represented 100 years of life and the people who had loved him at each stage. He was now a centenarian, an accomplishment in its own right.

A couple nights after I had visited him on my break, he wasn’t doing so well. The evening staff had pushed together Marcus’ and his wife’s beds, something I had never known to be done there before. For two nights they went to sleep holding one another’s hands. On the second night, Marcus died peacefully with his wife by his side. This simple act of handholding was the last thing Marcus and his wife did together. After over 70 years of marriage, nothing needed to be said. She was by his side until he died at 100. She struggled with his death often as her dementia caused her confusion on such issues. On several occasions she needed to be reminded of Marcus’ passing, and she was forced to relive the experience. However, she was lucky enough to receive a roommate to share her living space with.

From Marcus I learnt that life can be beautiful and enjoyable right until it ends. Suffering is nothing if you have appreciation and a loved one with you every step of the way. Marcus spoke very little of his Roman Catholic faith, but I knew he believed in something. I wish I had a chance to ask him what carried him on with such joy until his last breath, but I think the answers are in the life he lived and the subtle hints he gave those around him every day. A couple weeks following his death, while giving care to his wife, she looked over to Marcus’ bed, where he always had an afternoon nap, and asked me “Where’s Marcus?” Her question was very sincere, and I knew she had blocked out his passing. I kneeled down beside her and wrapping my arm around her I reminded her gently that Marcus had passed away. She did not cry, or make a comment, but rather, lowered her head to the ground with such an absolute sadness across her face.

I encouraged her to look to positive means of grievance, reminding her that she was allowed to be sad, but not to give up on life or doing the things she enjoys. I suppose that’s essentially what life is: doing what we love. Her bedroom had been given a new look, and Marcus’ bed provided a welcoming home for her new roommate. With her, she even brought a nameless fish, which seemed to be a good conversation starter between the two. Although Marcus’ death was unfortunate, it gave his wife the opportunity to grow on her own and form new friendships. Her support line grew and she began to rely less on Marcus and more on herself. She had lost her best friend and life long partner, and her spirit diminished ever so slightly, but her life expanded immensely.

If we pay attention and take little for granted, we too will experience this joy and share in a certain understanding. Death really is beautiful.