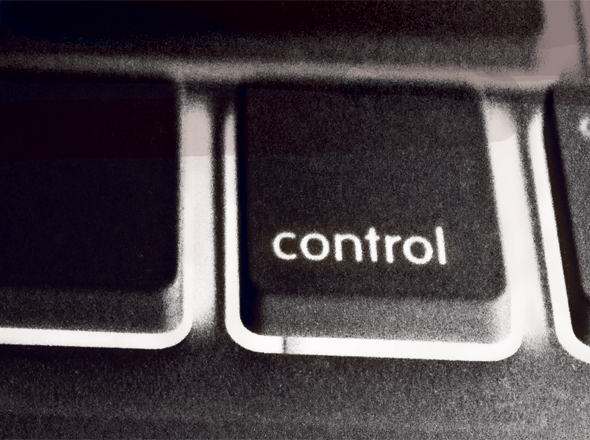 One of the great paradoxes of our generation is the way that communication is getting better and worse at the same time. We’ve integrated so much technology into our everyday lives that we can engage in dialogue with others without ever really needing to see who’s on the other end of the line. Often the topic of an unrelenting debate between myself and one of my particularly technology worshipping friends is the sad truth that sending a text message has all but replaced a quick phone call to let someone know you’re going to be late. Likewise, the popularity of online dating has mitigated the need for potential mates to search for one another in real life.

With these technological advances that offer us convenience and ease, we also end up with dulled vocabularies and poor social skills. As a fervent supporter of the feather and ink, I found myself in yet another lunch-date-turned-dispute with said pal over what’s more valuable, the ability to have meaningful human conversations or being able to type a mistake-free text message in the dark. My friend, who wears a suit to his job in a skyscraper on Bay St. and is devout to his Blackberry, raves about the greatness of the information era, and the beauty of being able to converse with his associates via Skype. “It’s so convenient, Carly”, he says. “If it’s raining outside, I send an email telling my office we’ll meet on Skype. No one gets wet.”

I ponder this. He goes on. “Just think, without technological advance, there would be no Chatroulette.”

He is laughing, but I am confused. I ask him to explain what he means by this term I have never heard before. Is it a chat room? Does it pertain to online gambling? Chuckling still, he tells me to find out for myself, so that is exactly what I do upon returning home later that night.

Expecting to see a roulette wheel and the invitation to enter my credit card number, I sign on to find a white screen with two faces on top of one another, each in a box. One of the faces is mine, the other, who knows. He said his name was Randall. I clicked “Next.” Not a full minute went by before I realized that Chatroulette had nothing to do with gambling. More accurately, it is a website that pairs random strangers from around the world together for web cam-based conversations. I was intrigued.

I type “Hello.” He types something in German. Next.

I type “Hey there.” He types something unfit for print. Next. This goes on for sometime.

Finally, I type “Hello” and someone responds back to me. A woman. I ask her what she’s doing on Chatroulette, and she says she’s there because she’s bored. Her girlfriend is out of town. So here we have reason number one for why people use Chatroulette: boredom. Thinking that there has to be more to it than just boredom (hasn’t she heard of Netflix?) I bid her farewell and continue. More penises. More languages I only vaguely understand. A group of college boys (I can tell by the Scarface poster in the background and the fact that they’re all wearing baseball hats and Lacoste Polos in varying pastel colours) comes on my screen. They call me “baby,” I call them “pathetic.” They don’t hit the Next button on me though, and I manage to ask them why they’re here. “Because it’s funny,” one of them types. “There are so many freaks.” And so we arrive at reason number two for why people use Chatroulette: to laugh at other people.

Between boredom (reason number one) and being an asshole (reason number two), most of humanity has been covered. But why are people bored, and what are they laughing at?

My reply to her doubles as the crux of it: Chatroulette, a way to kill time for some, a joke for others, truly exists for people who cannot, for whatever reason, harbour human connections in their lives. I’m not talking about the bro with the Yankees cap pulled over his face or the crews of university girls curling their hair in groups and wanting to find a reason to laugh on the Internet. The people to whom I’m referring are those who legitimately take to Chatroulette to seek out a temporary, virtual, pseudo-sexual partner because such a being is not present in their reality.

And who’s to blame them for desiring as such? Our hyper-sexualized (North American) society encourages people to be as sexual as possible and then punishes them when they can’t be as sexual as they’d like. If the thousands of users online at any given time are any indication, Chatroulette may be the saving grace of the sexually frustrated individual. It is a no strings attached parade of misfits, exhibitionists and shy folk alike; an extension of real life, really, but without the consequences of hooking up with your co-worker and then having to share a cubicle with them on Monday morning.

To those who think of Chatroulette as a game, it hardly matters at all. It’s a way to pass the time whilst procrastinating from studying. To those who think of it as a dating service: I suggest an actual online dating site, or maybe the grocery store (or the park, the library, a bar, a bookstore). It is the option in the middle, hidden between two relatively unimportant byproducts that really explains the whole Chatroulette phenomenon: the possibility that it is an unknown world to be explored, where social norms and expectations matter less than they would in real life; where the grotesque and the rejected can hide themselves from judgment by clicking the Next button and have Chatroulette find another random partner for them instead of having to sleuth the mean streets of wherever to find one for themselves.

Perversion in the age of the Internet – it can be a scary thing when taken too far. But if Chatroulette serves a purpose as being a safe haven for people who desire such a locale, then so be it. The day after I spent a few hours cruising the site (strictly for research purposes, of course), I caught myself wondering who else had logged on with shades drawn and lights off. I walked past my neighbour on the way to school. Had he been on it last night, too? The barista who made my coffee? The bank teller? The old lady beside me on the subway?

Perhaps none of them use Chatroulette. Or maybe all of them do. Who cares? There is safety behind the computer screen, and that’s the whole point. So much for the feather and ink.