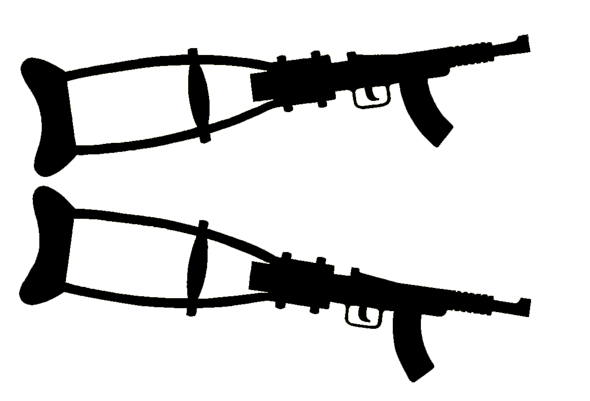 Patriotism. Nation. State. Nationalism. Allegiance. Duty. Flag. Words perhaps not so different within the context of the modern world in which we live. We are quick to place them in the same category; one that insists upon a harsh obedience to a status quo. A status quo of silence, if you will. For silence is predicated on the untouchable nature of the nation-state (and let us not be burdened with confusion over “nation” as simply a definition of a specific group of people). Silence is the sound of conformity: quick to achieve its task and harsh to move against any opposition. This is the nature of our means of engagement with the idea of a nation-state. It is to be accepted. It is to be taught as our centre of gravity in political science. It is to be our granter of all things good and just. It is to be the focus of our duty as citizens.

Patriotism is perhaps most emblematic of a fury of nationalist hysteria that leaves all semblance of rational thought and action behind. To be a patriot is to accept the status quo and actively seek to maintain the hegemonic power of the state. It is to accept the veneer of justice, history, and freedom that only a flag can grant. It is our flag, and only it may grant us the ability to denounce all others. It is our banner, our strength. It binds us together, while binding our hands and mouths. It blinds us with its propaganda and marches us to the drums of war. It ensures that the stolen land we are on remains ourselves forever more.

To think otherwise is to be accused of not thinking, of “hating our country” and the “freedom” it provides. Either you are with us or against us. We will not entertain another option. This is patriotism.

Patriotism means that you do not need to think and can enforce the hegemonic discourse of the nation-state on to all others. It means that you defend the sanctity of the nation-state, while negating its history of systematized oppression and continual denial of freedom and justice. It means to begin to identify with the forces of oppression more so than forces of freedom (and I don’t mean the freedom to enforce the same hierarchy every election cycle). Patriotism means that you will die for your country without realizing that your country has been doing the killing the whole time.

It is the same with “our troops”. To think otherwise or propose an alternative mode of thought, or any semblance of critique for that matter, is to be trampled on by the sanctity of militarism that has manifested itself within society. “Perhaps if you don’t support our troops you should stand in front of them”, the saying goes. And it is right. If that means standing in solidarity with those committed to freedom, anti-oppression and justice and against the military dogma of the nation-state, then in front I shall stand.

Patriotism is not some commitment to a higher notion of justice, good and belonging. It is to relish in the destruction, oppression and genocide that is the nation-state -our patriotic lie.

And it is time we considered standing with the forces of freedom.