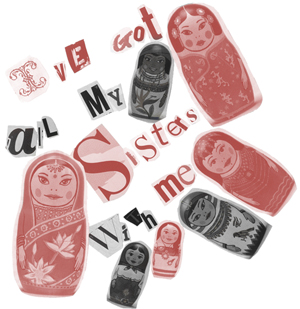 Erin Oh interviews her dad about being a pilot.

Dad, why did you start flying?
Ralph Fowler was the next-door neighbour to our place. And he had a friend named Lincoln Ray who built his own airplane and flew it. Ralph was quite the engineer, the backyard engineer. He was building for as long as I knew him. Well into his 60s and 70s he was building an airplane. But he never did finish it. He never did get his pilot’s license.

But his son Roddy, PhD in English, got the bug and became a pilot. And I sort of got the bug as well. I read in the paper that they were having private pilot lessons at the local airport.

How old would you have been at that point?
Um, this would have been in the mid-80s. So early 30s.

And what were you doing at that time in your life?
Um, unemployed. At this point I would have been living with my brother Steve.

You were unemployed when you were living in his basement?
Part of the time, yeah. I was in and out of employment at the steel plant from 1982 to ‘87.

Do you remember the first time you flew in a private airplane?
Yeah. That would have been at my private pilot’s course. I wouldn’t have known diddly about it. I went on an indoctrination ride: “Come and see what it’s like to fly!” Pay fifty bucks and they take you around, let you hold the controls. I thought that was pretty neat.

So while you were unemployed you started your pilot training?
Yep.

How did you have the money? It’s so expensive.
I took a Sault College course for under $100. And then I took ultra-light pilot training, which was fairly cheap at the time, about $40 an hour.

My whole rationale – why I thought I could write it off – was that, “Well, my daughter lives 500 miles away and it’s cheaper to fly there in a rented plane than it is to fly there commercially.”

Where was I? In New York City at that point?
You were in Pittsburgh at that time.

Why did you want to learn how to fly?
I guess it was because the next-door neighbours just made it seem like such a cool thing. And it was. It was a challenge – I couldn’t believe that it was something that I could really undertake. I thought to myself at one point, “If I can do this, I can do anything. The sky’s the limit! There’s no stopping me from doing anything!”
Flying took intellectual ability, it took coordination, you had to be well-rounded. You couldn’t panic at all. You had to keep yourself cool. When you get in dicey situations, you just have to buckle down, do your drills, and come out on the other side.

Did you ever have destinations in mind? I mean, where did you think you would fly to?
Oh, I would create them. My big goal, eventually, towards the end of my flying was, “Oh, I’ll fly down to Pittsburgh and see Erin.” But in a small plane and with the various air traffic circles en route, it would have been a dicey thing. In order to fly from Sault Ste Marie straight to Pittsburgh, there are international borders you have to cross, clearances, air traffic control centres, and it’s quite an involved thing. So then, in the end, it wasn’t a practical way to get to Pittsburgh.

Can you do anything now?
Pardon?

I mean, you said that after you flew an airplane you felt like you can do anything. Do you still believe that?
Um. No. No, right now, no.

Why?
I don’t sleep well enough. My brain’s not working a quarter of what it should be.

But was there ever a time, when you were still sleeping well, that you felt that you could do anything?
Sure. Sure. I felt I could go to university and become a doctor if I wanted to. When you’re young you come complete with the idea that the world is your oyster. That you can do anything. I think that all flying did was confirm that for me. That, “Hey I have talent here and yes I can do anything that I set my mind to.”

When I was younger and I used to be on airplanes, I always thought I was in heaven.
And it’s much like being in heaven, right? You’re defying all of the earthly, worldly laws of physics.

Does it kind of make you feel like you’re God?
You are defying some basic laws, yeah. After you get the fear of death out of you, and the fact that you’re going to return and it’s going to be easy to land and you know what to look for to keep yourself out of trouble. Yeah. I even got to the point where I would go looking for trouble so that I could practice getting out of it.

Like, I’d go flying with my chum Ernie. I’d say “Ernie, just tell me if I’m getting in trouble here, okay?” And I would practice my drills. About the worse thing that can happen to you is that you’re flying along and weather deteriorates and you find yourself in a cloud. Once you get inside a cloud, it’s something like sixty to ninety seconds that the average pilot will lose his orientation, the plane will start drifting in one way or another. You’ll start going up, you’ll start going down, and if you don’t know how you read your instrument, you’ll end up in a spin. Or stalling the aircraft and then going into a life threatening dive.

So I would practice against that by covering my eyes. And the drill for getting out of a cloud is to keep yourself flat and level, and complete a standard call, it’s called, but it’s a very slow turn. Make a 180 degree sweep and go out. Go right back out the way you came.

I’d cover my eyes and pay attention just to my instruments. You can’t pay attention to what your head is telling you. Bad things are happening inside your head. My altimeter would tell me exactly at what level I was. My RPM gauge would tell me how hard the engine was working. And I would complete that 180 degree turn.