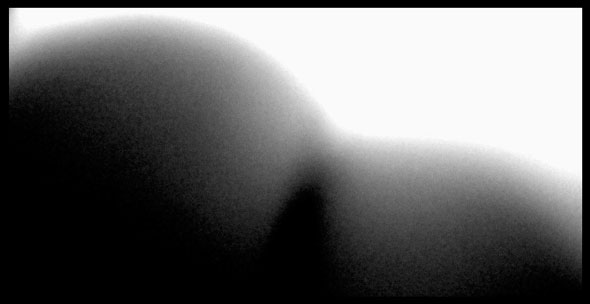 “Two halves don’t make a whole!” That was what an old friend used to tell me when describing relationships. All too often, we come across those who believe they would find fulfillment in life if only they could meet their perfect ‘other halves’. Not only could they have great sexual relations with them, but their new partners would somehow ‘complete’ them in every way. This way of thinking is found in Plato’s Symposium where Aristophanes describes whole circular beings which were halved by the gods to make them weak, giving rise to humans of varying genders who each felt an endless yearning to be reunited with their other halves once again. This paradigm is also found in modern-day love films in lines like, “You complete me,” uttered by Tom Cruise.

Undoubtedly, waiting for one’s other half to show up sooner or later implies that one is somehow less than whole as is. This idea inevitably restricts ones growth and development as an individual and indirectly gives rise to limiting gender roles. If one believes one’s partner will fulfill the other half, why should one even bother cultivating those areas in oneself? This is where the problem lies.

The anima and animus are two archetypes conceived by Swiss analytical psychologist, Carl G. Jung, and are believed to lie in the unconscious parts of each human’s psyche. In males, the anima is a feminine force within, and in females the animus is a male force within. Jung believed relationship problems arose in part due to the individual searching for a partner that was like their inner anima or animus. When the external partner did not match the conception of their inner feminine or masculine force, the individual was left feeling unfulfilled. This is an oversimplification, but the point is that Jung felt individuals would benefit if they worked on firstly becoming aware of their inner anima or animus force, and secondly embracing and developing it.

Although Jung’s model inadvertently promotes fixed gender roles, and leaves hardly any room for homosexuality, the idea that one can not only embody but nurture seeming opposites within oneself is refreshing. Mythology is not void of examples of beings who embody both traditional masculine and feminine characteristics. Those familiar with the Hindu goddess Durga know, even from her iconography, that she can be simultaneously a vicious warrior of dangerous demons and a seductive feminine figure who feeds animals and people. In some myths, she also adamantly refuses the advancements of men. This is a symbol not of the idea that one must be alone or celibate in one’s journey to complete oneself rather than search for external fulfillment through another being, but more subtly, that one has the option of cultivating fulfillment within oneself. A quick search on Wikipedia provides a multitude of androgynous beings in film, literature, music and even anime. These examples are there to get us thinking about how much we limit ourselves and what we are capable of becoming, all because we think we are less than whole.

This is certainly not an easy task, and this is not to say we must all strive towards androgyny per se. Rather, it is an invitation to the commitment to cultivating ourselves rather than depending on a partner to do it for us. Once the desperate attempt to get one’s partner to fulfill oneself is mitigated, many relationship issues dissolve. One’s partner transforms from being one’s other half who is there to complete oneself to someone one can grow alongside in life as each partner strives to complete themselves in their own ways. Each half is whole in itself.